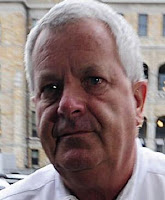 A former judge in northeastern Pennsylvania pleaded guilty Friday to a racketeering conspiracy charge for his role in a kickback scheme that put juvenile defendants, many without lawyers, behind bars for sometimes minor offenses.

Michael Conahan, 58, faces up to 20 years in prison after his plea in Scranton federal court. No sentencing date was set.

Court documents do not indicate if Conahan will testify against the other former Luzerne County judge charged in the case, Mark Ciavarella Jr. Conahan's lawyer, Philip Gelso, declined to comment Friday.

Ciavarella has maintained his innocence and plans to go to trial.

Prosecutors accuse the pair of taking $2.8 million in kickbacks from two private detention facilities. Conahan, as president judge, shut down a county-owned juvenile center while Ciavarella, the juvenile court judge, filled beds at the for-profit facilities, they charged.