Kathleen Dunn’s mother Jacqueline Scott was placed under the care of a professional fiduciary in Florida after a sibling filed in probate court to be her guardian. When a Pinellas County Judge began to restrict visitation with her then 82-year-old mother, Dunn filed a complaint.

"I was under the impression that we lived in America and this is the land of the free but I had no idea that people were being legally kidnapped to be robbed of all their assets and Constitutional rights,” Dunn said.

Dunn is among a rising number of baby boomers and Gen Xers involved in expensive custody battles concerning their World War II generation family members who are expected to collectively pass along $41 trillion in inheritance money. However, family disputes and professional guardians sanctioned by courts nationwide stand to intercept this transference of wealth.

“Probate judges are increasingly handing over an innocent elderly person's health, wealth and life to a total stranger whose only focus is often just to take and make as much money from the family as possible,” says Dr. Sam Sugar, founder Americans Against Abusive Probate Guardianship, an advocacy group.

In most cases, courts appoint family members as guardian but they are increasingly turning to an emerging cottage industry of professional guardians who are not related to their wards and usually work in for-profit firms and whose fees are paid from the assets of the person they’re taking care of. But several reports note a rising number of allegations of financial exploitation.

The courts of 65 percent of state judges and court staff have taken action against at least one guardian for “misconduct, malfeasance, or serious failure to fulfill their obligations” in the previous three years, according to a 2014 survey by the Administrative Conference of the United States. Some 60 percent of court personnel did not review credit or financial reports on prospective guardians.

“The best way to prevent a guardianship is to have the family of the incapacitated person enter into some sort of agreement as to how things will be handled from that point forward,” said Don Ford, an attorney in Houston whose legal strategy liberated 97-year-old Ann Walton James, whom Titus County Judge Brian Lee placed under professional guardianship.

Spelling out wishes in a trust, power of attorney or will can avoid disputes in some cases but even this foresight is not fool proof.

“Estate planning can be very useful in preventing or delaying guardianships, however, this will not work if the person or family member you have designated to serve as power of attorney or trustee end up abusing their authority,” Ford said. 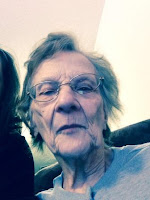 It’s often rivalry among family members that creates chaos in the lives of the elderly who may be losing their memory or experiencing the symptoms of early onset of dementia.

Mary Rose, 43, has been required to pay $50 an hour to a monitor to supervise weekly 2-hour visits with her 83-year-old mother Evelyn Ann Nabity due to a court order signed by Nebraska Judge Darryl R. Lowe. That’s because Rose says Robert Nabity, a sibling, applied to be guardian in probate court and won.

“Our mother had given me medical power of attorney in 1998 and now I have limited access to see her and no authority to make medical decisions for her,” said Rose, an R.N. who lives in Grand Island, Nebraska.

The elderly Ms. Nabity remains locked up in an Alzheimer's facility in Omaha.

“The biggest source of abuse comes from someone who ends up taking their parents’ or spouse’s money for their own personal use instead of using it solely for the benefit of the incapacitated parent or partner,” said Ford.