Steve Miller: "'Guardian' April Parks is on the Run" 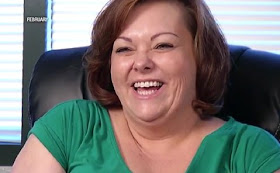 [A]ccused private guardian April Parks whose crimes against her elderly court appoint wards of the court have been widely reported by Darcy Spears and Kean Bauman on KTNV TV Channel 13 News, is missing. Her last known whereabouts was in Pennsylvania.

Parks is currently accused of stealing cash and real estate assets from a number of her former and current Clark County Family Court appointed "wards," and failed to appear in court twice in March for Status Check hearings.

April Parks now joins several other suspect local private guardians and their lawyers who are under investigation for allegedly participating in the exploitation of the elderly and disabled with the full approval of Clark County Family Court Judge Charles Hoskin and his appointed Hearing Master Jon Norheim.