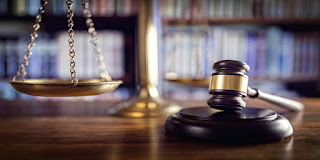 By Matt Gray
A family suing a New Jersey nursing home says their loved one died as a result of negligence at the facility.

And among their allegations is a claim that a staff member at Cumberland Manor Nursing and Rehabilitation Center performed a "simulated lap dance” on the 84-year-old man.

Fred Pittman was a long-term care patient at the facility, located in Hopewell Township, Cumberland County, from late January through mid-February 2018. He died on March 2 of that year.

During his time at Cumberland Manor, staffers failed to prevent and treat injuries, manage pain, comply with physician orders and provide adequate food and hydration, according to the lawsuit, which was filed in state Superior Court.

An official with Cumberland Manor said the allegations were already investigated.

“The complaints of this particular family have been investigated by regulators and found to be unsubstantiated,” said administrator Steve Brodt. “We will defend any litigation as appropriate and will have no further comments.”

“His medical condition degraded quite rapidly within that building,” according to the family’s attorney, David R. Cohen, of Cohen Kolodny Abuse Analytics Law LCC.

Pittman was transferred from the facility to a hospital for treatment.

The suit also accuses facility operators of abusing Pittman, "by (among multiple other actions] allowing a staff member to sit on decedent’s lap (and/or knee) and performing a simulated lap-dance, and/or acted in such a fashion to otherwise embarrass and humiliate decedent.”

That claim was investigated by the state, Cohen confirmed.

“The state did not substantiate the complaint,” he said. “The family is very firm in their belief that it did in fact happen. It’s depraved if it did happen.”

"Their whole job is to take care of people who cannot take care of themselves,” he said. "They’re supposed to keep people safe and keep people fed and hydrated. And they get paid a ton of money to do that.”

The suit seeks compensatory and punitive damages from the privately-owned facility.

Cohen said when families file lawsuits like these, their primary goal is to save others from similar situations and make nursing homes accountable.

"It’s important for people to understand that people in nursing homes have rights and New Jersey has a wonderful set of laws that enable people like Mr. Pittman and his estate to pursue their rights.”