TEXARKARNA, Texas - A Frisco lawyer has been sentenced to federal prison in connection with a wire fraud scheme in the Eastern District of Texas, announced Acting U.S. Attorney Nicholas J. Ganjei today.

David A. Krueger, 52, pleaded guilty on Jan. 5, 2021, to federal wire fraud violations and was sentenced to 18 months in federal prison today by U.S. District Judge Robert W. Schroeder, III.  He was also ordered to pay $350,000 in victim restitution.

“As an attorney in Texas, this defendant took an oath to act honestly and with integrity. He then violated that oath by scamming his client out of hundreds of thousands of dollars,” said Acting U.S. Attorney Nicholas J. Ganjei.  “The Eastern District of Texas will continue to hold accountable those who exploit positions of trust to defraud others.”

According to information presented in court, from February 2014 to September 2015, Krueger, an attorney licensed to practice in the state of Texas, devised a scheme to defraud current and former clients of his law practice by soliciting them to invest in and fund his outside business ventures.  Krueger represented to his clients that they would be receive guaranteed annual returns at rates of approximately ten percent of their investments.  To facilitate the scheme, Krueger persuaded a client to transfer $400,000 the client received from a legal settlement to Krueger himself for the purpose of funding a misting fan business.  Krueger used those investment funds not only for this misting fan business, but also other unrelated business ventures, as well as for his own personal benefit.  Krueger was not licensed to sell securities.  Krueger was indicted on federal charges on August 21, 2019.

This case was investigated by the Federal Bureau of Investigations – Texarkana Resident Agency and prosecuted by Assistant U.S. Attorneys Frank Coan and Jonathan Hornok. 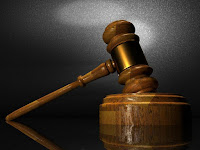