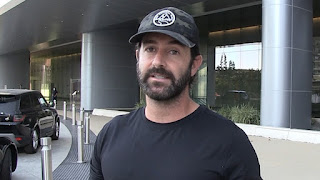 Andrew Gallery – one of Britney SpearsIntimate best friends from the early stages of the power of attorney-# FreeBritney’s crowd says she deserves a lot of praise for where her sitch is today.

We talked to the filmmaker in LA this week and asked him what he thought about how things landed this week in Brit’s adult guardianship … I saw her father, Jamie, Get boots And her guardian status is probably in the next chopping block.

The guy is clearly happy with her-it makes sense, he helped create a document that tells everything about her in 2008, and a hint that she really got close to her and she had long wanted. Is considered to be the person who is dropping. But watch who he screams.

AG protests and relentlessly hits the streets, giving it up for fans who have shed a very common light on the whole story. He says many of this would not have been possible without them.

Andrew also considers whether Britney needs to stay in the guardianship system-tell us that it is clear to him that she does not meet the requirements of someone to do so. It should be decided by the judge, obviously-she must decide if a mental assessment is needed before Brit is released.

In the meantime, Andrew has made some suggestions on what she should do in the future … that is, whatever she wants.

Waiting for permission to load TikTokPost.

This is the last interesting question he thinks it may have taken so long before Britney changed. He is aiming for a flood of lawyers and businessmen who have come and gone to supervise the power of attorney. For years … some of them have been raised by name in the last few Britney Spears documentation on Hulu and Netflix.

He says those people are collecting nice checks on Britney’s back-and now he believes it’s time in return … literally. As he suggests … the simple freeride is over.