About 50 angry residents turned out at a community meeting sharply criticizing the county attorney and the management of Good Samaritan nursing home for their handling of abuse cases that have rocked the community.

Criminal complaints filed last week say six teenage aides taunted and groped nursing home residents who had advanced dementia, hitting and poking their breasts and genitals, sticking fingers in their mouths or noses to keep them from screaming, and laughing about it.

One after another, people at the somber meeting voiced amazement that the abuse could continue for months and that the aides were charged with gross misdemeanors rather than felonies. 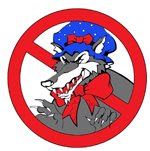 The two-hour meeting at an Albert Lea hotel was organized by Wes Bledsoe, an activist from Oklahoma. Bledsoe started the advocacy group A Perfect Cause after his grandmother died from maltreatment in a nursing home there.

Guilty or not, he said, "if the two young women had been men, they would have been charged with felonies'' instead of gross misdemeanors that might yield only suspended sentences and fines. They thought they could get away with it, because the residents had dementia, couldn't speak up for themselves".

For crying out loud, why would they even think of being this cruel?

This is a sad statement about society in general.

I feel so sorry for the victims.

Public outrage is a wonderful thing. It shows people not only know what's going on, but they're sick and tired of it and want change.

If we can keep the public outraged long enough, change will come.

If nurses report CNA's the CNA's gang up and set up the nurse, file false reports about her. The Administrators don't do anything because CNA's are predominately
minority....The CNA's are uneducated and unskilled in behavior health. They don't understand some of the behaviors that can afflict the elderly....They are on time constraints......changing, dressing, feeding 10 to 12 patients and sometimes MORE...over time, they become desenstized by their patients; aka, like Lawyers with their clients: Not people anymore just $$$$. Install video to keep watch over your loved ones in long term care facilities, etc. and make FREQUENT visits...squeaky well gets the oil! AND pray that Universal Heath Care dollars DON'T get into the hands of State Governments....work towards getting these funds from the Federal Governmnet Straight to the taxpayer!

These ARE felony crimes; look for a political connection, somebody
important is protecting the Facility.

Obviously, this criminal deranged behavior was not going unnoticed, which tells me the abuse was condoned by others. Why? Discrimination - agism, too lazy to stop the abuse? Or, are these psychpaths products of someone in a higher authority?

All of these pscyhopaths need to be locked up with other psychopaths for .....THE REST OF THEIR LIVES!!!!

And, the folks in positions of authority need to be held accountable and responsible with consequences.

I rather feel sorry for the parents of these teens. Can you imagine the shame they likely feel knowing their children could do such evil deeds?

Mob mentality is right, "We". It's very scary.

Sorry for the parents of these cruel abusers? Not me, not for one minute.

If I had my way, I would prosecute the parent's side by side with their anti-social, dangerous offspring.