Ventura County Treasurer and Tax Collector Larry Matheney will be relieved of his duties as the county's public guardian and public administrator, three years after it was discovered his employees were stealing from the elderly and disabled people whose assets the public guardian oversees.

Matheney told the county Board of Supervisors on Tuesday that he will "completely concur" with the board's decision to move the public guardian and public administrator functions out of Matheney's office and into the county Human Services Agency. The change could take effect as early as Jan. 1.

Public Guardian's Office employee Esther Anaya Torres was arrested in 2005 and later convicted of stealing from the people whose assets she was supposed to have been guarding. A former custodian in the office, Hiep Quang Le, pleaded guilty to bribery last year, and a third former employee, Juanita Browne, is on trial now, accused of stealing from clients.

A series of criminal and civil investigations, audits and other reports into the Public Guardian's Office showed poor oversight and lax security by Matheney and his deputies in the years leading up the arrests.
Full Article and Source:
Thefts spur shift at public guardian

According to new state figures, the state's probate court system is losing $20,000 each day and depleting its savings so quickly that it could be broke by 2010.

Officials say it is being dragged down by massive deficits in probate courts in Connecticut's major cities and the rising cost of health care for its judges and employees.

The new chief probate court administrator, Paul Knierim, inherited the problems when he was sworn in Oct. 1. The probate system is supposed to be financially self-sustaining, but Knierim says it may have to ask the General Assembly for help next year.

The state's Probate Court system is hemorrhaging $20,000 a day, a million dollars every two months and is losing its savings so quickly that by this time next year, it may be broke.

It's being dragged down by massive deficits in Connecticut's major cities and rising health care costs around the state for the judges and staffs that settle estates and provide guardians for children and adults who can't take care of themselves. 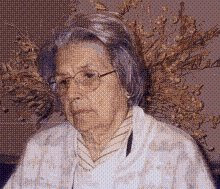 Her daughter, Merrily, noticed that Audrey was beginning to have memory loss and decided to seek a guardianship over Audrey so that she could have control of the estate. Audrey discovered Merrily's plan and under advice of her attorney, moved to Texas to be with me. She removed her Florida residency and became a Texas resident. Her daughter told her that the Florida condo sold and that she needed to return to Florida to sign papers. Upon returning to Florida, instead of a real estate office, she found herself in Probate court. Her son, Michael of Chicago, intervened creating a need for a trial.

Judge Hawley, who presided over the probate court, let everyone know that he did not believe in family members being guardians. He also refused to hear a motion for jurisdiction and called for mediation. At the mediation, four lawyers made a deal with each other to turn her over to one of the lawyers as guardian. They also told the judge that Audrey agreed to be a Florida resident. Audrey was never allowed to be at any of the court hearings. When hearing what was said, she replied, "that is a damn lie."

We have been trying to get her out of this negative guardianship for two and one half years with no success.

She has been heavily drugged to the detriment of her health and kept isolated in Florida for long periods of time. We know they are stealing money, but are not able to audit the guardian.
We will not stop trying to free her.
Posted by NASGA 4 comments:

Florida’s judicial branch is working on a long-range strategic plan so that the courts can respond to new challenges and stand firm as a strong cornerstone of a well-functioning society and a healthy economy. And it wants to hear from people around the state as it develops its plan.

The Supreme Court Task Force on Judicial Branch Planning will hold meetings around the state. The Task Force is inviting citizens and local officials to share their thoughts on trends and conditions that they believe will impact the ability of the judicial branch to carry out its mission over the next 20 years. The current strategic plan for the Florida judicial branch, which can be found at Florida State Courts.

Persons with disabilities or those using a TDD through the Florida Relay Service, 711, or who need an accommodation to participate should contact Kat Simpson at (850) 488-6569 as far in advance as possible, preferably at least five working days before the public hearing.

Individuals and organizations are also invited to submit written comments, which will be accepted through Nov. 1. Comments may be sent to:

Former lawyer James E. Gray, whose license to practice law was suspended more than two years ago, has given up his law license as part of a plea agreement that allows him to stay out of prison.

He pleaded guilty to five misdemeanor petty theft charges and a misdemeanor of attempted forgery involving up to $125,000 in thefts he committed while working on court cases for five clients between 1998 and 2004.

Gray’s law license was first suspended in the summer 2006 by the Ohio Supreme Court after the Trumbull County Probate Court uncovered problems with Gray’s work on a probate case involving his aunt, Elsie Bryn, which led to Gray admitting to the probate court judge to using Bryn’s money and assets for his personal benefit.

A former taxi cab driver who befriended and then embezzled more than $640,000 from a wealthy customer was sentenced to eight years in federal prison. A federal judge also ordered Ringling Dan Cohn to pay $640,820 in restitution.

Authorities said that Cohn befriended Griffith Coombs, worth millions of dollars, and served as his caretaker and guardian until Coombs died in September 2005. Cohn worked as a Yellow Cab taxi driver and had regularly picked up and transported Coombs to various destinations.

In 2004, Cohn moved Coombs out of a skilled nursing home and into his basement. The next year, visiting workers from the Division of Aging discovered that Coombs was dehydrated, confused and living in filthy conditions. They removed Coombs from that home 12 days before he died of natural causes.

Authorities allege that Cohn used his personal and legal guardianship relationship to obtain money and property from Coombs’ trust accounts for his own use.

Email ThisBlogThis!Share to TwitterShare to FacebookShare to Pinterest
Labels: Missouri

This case involved a dispute between two sisters, Victoria Wellington of Granville, Ohio, and Jennie Hull of Arizona over which of them should serve as guardian of their 97-year-old mother, Bessie Santrucek. In April 2006 Wellington arranged for Santrucek to move to Ohio from her longtime residence in Michigan. A few weeks later, Wellington filed an action in the Licking County Probate Court to have herself appointed guardian over her mother’s affairs. Hull hired an attorney to oppose the guardianship proceedings, alleging among other claims that her mother had been moved from Michigan to Ohio against her wishes, and that an Ohio probate court therefore did not have jurisdiction to appoint a guardian.

The trial court heard but denied Hull’s motions, accepted jurisdiction in the case and issued an order appointing Wellington as guardian. Hull attempted to appeal the probate court’s order. On review, the Fifth District Court of Appeals dismissed Hull’s appeal for lack of legal standing, holding that under Ohio case law, a relative of a ward who did not file a competing request to be named guardian of the ward does not have standing to appeal a probate court order appointing another relative as guardian.

A part-owner of a guardianship and conservator company is fighting his removal from some cases in Macomb County Probate Court.

Alan Polack is one of three owners of ADDMS Guardianship Services, under investigation for possible questionable financial issues in about three to four dozen cases to which it was named in Macomb Probate Court.

Polack has resigned from various positions (conservator, guardian, personal representative, trustee or public administrator) in some cases but is contesting his removal in a handful of other cases.

The Michigan Supreme Court commissioned an audit and The Whall Group, an forensic auditing firm, found "multiple problems in accounts for assets and income" in cases where ADDMS was assigned as the conservator or guardian.

Kenneth Sanborn was named acting chief judge, replacing Judge Kathryn George as chief. George was cited in the audit for "demonstrating poor oversight" in appointing a large number of cases to ADDMS.

Although ADDMS has been removed from or resigned from its cases, Polack's attorney said: "It voluntarily resigned without any finding or acknowledgement of wrongdoing."

George has also denied wrongdoing and claimed that the random court assignment process was overridden for more than a year, resulting in a large number of ADDMS cases assigned to her.