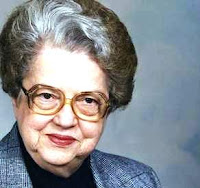 Marie Meader made it known: When her time came, she wanted to be buried, not cremated.

The genial Omaha woman a retired nurse and teacher told her relatives she wanted to be in a cemetery where her loved ones could find her.

She even went to John A. Gentleman Mortuary and chose her casket, picked out flowers for her funeral and planned the services and burial at Evergreen Memorial Park Cemetery. All she had to do was pay for it.

But Marie Meader never paid the bill. She soon slipped into dementia and, with no capable relatives nearby, a judge appointed Dinah Turrentine-Sims to watch over her. 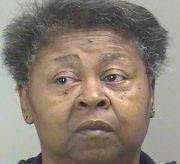 As guardian and conservator, Turrentine-Sims was supposed to look after matters of Meader's health and wealth.

Those matters included prepaying for Meader's funeral something Meader's nieces repeatedly reminded Turrentine-Sims to do.

In turn, Turrentine-Sims reassured the nieces that she would take care of the mortuary bill.

When Marie Meader died last month at age 90, her out-of-state nieces made a grim discovery: There was no money left in Meader's accounts, which once held at least $150,000.

And nothing had been paid to the mortuary.

Meader's nieces had little choice. They could try to pool $10,000 money they didn't have for their aunt's burial. Or they could have her cremated which would cost $2,000.

Marie Meader was cremated. A small group of relatives, most from out of state, celebrated her life at an Omaha church.

There was no burial at Evergreen, no fulfillment of her final wish.

It isn't the only duty Turrentine-Sims is accused of neglecting. Authorities now say more than $400,000 is unaccounted for in the estates of as many as eight wards a dollar amount that investigators say may climb.

Prosecutors have charged her with theft and with abuse of a vulnerable adult in two cases where the losses have totaled more than $250,000. They allege that Turrentine-Sims, 59, spent thousands of her wards' dollars at a Council Bluffs casino.

Her former wards and their families accuse Turrentine-Sims of something worse: stripping their loved ones of their dignity along with their dollars.

Email ThisBlogThis!Share to TwitterShare to FacebookShare to Pinterest
Labels: Nebraska

This crime is happening all over the country. Many COURT APPOINTED guardians are not honoring the wards wishes. If family or friends challenge these "court appointed guardians" the guardian simply uses/wastes the wards assets protecting themselves and holding their prisoner/ward no matter the cost. There is no where to turn!! No government office will help... Adult Protection, the Attorney General, the Governor, the Dept. of Elder Affairs, NO ONE!! I know from experience. This has happened to my mother in Volusia County, Florida by a woman named Jetta Getty of Port Orange. The case reeks of fraud with mom being a resident & domicile of PA. I have contacted all these people in Florida and no one will help! It could happen to you so, get educated about this rapidly growing crime that is protected in our Justice System. There appears to be, NO JUSTICE for the victim!! Not in the "Sunshine State" I know!

Every thieving guardian should do big jail time, and pay restitution.

Another victim of Dinah Turrentine-Sims?

How many victims did she have and why didn't anyone catch her until now?

I am sorry there were so many victims before this woman was found out.

I hope she gets 30 years in prison and has to pay resitution too.

Good story - the reporter following this case is doing a fine job -- hats off to him.

Well said, Holly. I'm with you.

Thank you for staying on top of this story. It disgusts me but at the same time, I am glad to see the publicity for the evil deeds done by this non-human perp.

Many times loved ones die in these situations and the family isn't told - ever.

Maximum sentence, judge, and nothing less!

I feel like I am reading about people in 3rd world countries where lawlessness rules.

Guardianship is not about the best interest of the ward, it's about how much money the ward can generate for the probate racket.

We need to bring back old time justice, that would be a deterrent knowing you will be hanging in the town square - nothing else seems to stop this - nothing.

Guardians ignore the wishes of their wards all the time including their last wishes related to their deaths.

I know God is distressed, watching these evil people harm innocent people and he will judge these people as they stand alone stripped of their gold and their wordly protections.

I hope God sentences them to burn in Hell for eternity.