The Senate's Human Services Committee voted this week to approve legislation to strengthen the independence and accountability of a program intended to defend the rights, safety and welfare of long-term care residents in California in light of recent scrutiny. 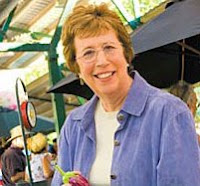 Wolk's legislation, Senate Bill 345, strengthens the ability of California's Long-term Care Ombudsman to act independently to fulfill its state- and federally-mandated responsibilities, which include investigating long-term care resident complaints, protecting the legal rights of residents, advocating for systematic change, and publicizing issues of importance to residents.

SB 345 would reinforce the independence of the politically-appointed state ombudsman from the California Department of Aging, which currently oversees the program, and require increased accountability for the ombudsman's advocacy efforts.

Full Article and Source:
State's Long-Term Care to Get Better
Posted by NASGA

Given the article above, I think CA should take another look.

Senator Wolk needs to look into that prisoner issue. They can make all kinds of reforms, but if inmates are in with vulnerable people, then those persons aren't safe.

Senator Wolk needs to look into that prisoner issue. They can make all kinds of reforms, but if inmates are in with vulnerable people, then those persons aren't safe.

Ombudsman representatives need to be re-trained to understand exactly what elder abuse is in nursing homes And, instead of only listening to the guardian and siding with the so called nursing home medical professionals, need to be trained on how to investigate elder abuse and how predators cover up their crimes.

Without a doubt nursing home staff Will cover up their negligence, their jobs are on the line.

Ombudsman should also have the authority to listen to family or anyone else OUTSIDE the nursing home reporting elder abuse, they should acknowledge ALL EVIDENCE, then REPORT the abuse to the police And, Superior guardian who is the judge. Once the report is made, IMMEDIATELY, there should be a hearing to PROTECT THE ELDER AND TRANSFER THE ELDER TO SAFETY !

Ombudsman should have the Authority to over-ride any guardian, doctor or medical staff employee, when they refuse to allow an investigation of the resident or the Ward.
Ombudsman rpresentative should be accompanied by a registered nurse and police if necessary in case the guardian tries to stop the investigation which happened in my Mother's case.

If the resident has dementia they're at the mercy of the predators, the very ones abusing them that are suppose to Protect them.

My Mother's abusive guardian calls Ombudsman a joke, while he continues to allow my Mother to be neglected and isolated from her family and friends.

Ombudsman have allowed my Mother to suffer, needless excruciating pain, isolation, almost dying prematurely, because they are only allowed to ask my Mother who has dementia, if she is satisfied with her level of care,

The Ombudsman representative informed me they were not about to take off the wraps on my Mothers legs to find out if she had open leg wounds and did not check to find out if Mother had bedsores, or investigate Mother's forty pound weight loss and the numerous
infections where Mother needed blood transfusions or the numerous trips to emergency.. unbelievable.

Ombudsman will walk away and call the reports of elder abuse a family squabble so not to get involved. Crimes are happening to our elderly in the nursing homes. Our nursing homes need to be POLICED just like in our communities.