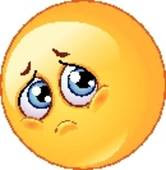 Churches in the Swiss canton of Vaud have condemned a move that will permit assisted suicide in nursing homes and hospitals in the canton.

On 17 June, almost two-thirds of voters (62 per cent) in the canton voted in a legally binding referendum in favour of a proposal that would oblige nursing homes and hospitals to allow assisted suicide, provided the person who wishes it is suffering from an incurable illness or injury and is of sound mind.

Local Bishop Charles Morerod of Lausanne, Geneva and Fribourg, said the consequences of the decision were "terrible".

The referendum was held as the Congress of the World Federation of Right-to-Die Societies met in Zurich, where speakers included author and Alzheimer's sufferer Terry Pratchett.

I do believe assisted suicide all to easily becomes "assisted" murder, sans the word "assisted."