It's a very big deal in his neighborhood.

Brandes is tuned in to bad-apple guardians. He is a member of the Select Committee on the Patient Protection and Affordable Care Act. More to the point, he is the senator for Pinellas Park, home of one of the most publicized Florida stories of suspected unscrupulousness by a guardian of elderly wards in recent times. 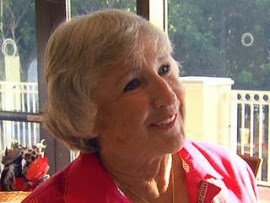 Though Brandes didn't mention the story by name, his bill comes on the heels of the ABC Action News investigation last fall of Pinellas Park City Council member Patricia Johnson. Johnson, who has more than 50 active guardianship cases, is paid $70 an hour each for the time she spends taking care of their business, and was observed by ABC's I-Team over a several-day period doing almost nothing on their behalf.

The investigators spent more than two weeks pulling hundreds of Johnson's bills from court files and entering them into a spreadsheet. They conducted interviews with family members and in assisted living facilities. They discovered that from Jan. 1, 2010 to Dec. 31, 2012, her invoices added up to $260,000. That gave her an average annual guardianship income of nearly $87,000 -- with little help to her wards to show for it.

What's more, local judges routinely approve the sale of homes belonging to Johnson's wards  -- in most cases, the largest asset these wards have -- without obtaining appraisals from a certified appraiser.

And Johnson has used fellow Pinellas Park City Council member Richard Butler (who was her campaign manager) to conduct nearly all of the sales of her wards' homes since 2010. Many of the homes were flipped for sizable profit. Records show Butler has sold 14 of them for a total of $1,252,500.

Brandes' bill, while not a magic pill to fix the whole problem, would at least provide expanded auditing authority for clerks of court to review the practices of court-appointed guardians.

Great news!
Maybe Florida can show the other states that it cares about its citizens.

This is fantastic news!!! The guardian that's abusing my fiance is here in St. Petersburg, Fl as well. (Same county, same probate court system, same judges). Here we have more dots that can be connected to conceivably smash a giant hammer down on this nasty scandal and hopefully pave the way to expose this entire corruptive protection industry right out of the water! I've always had a strong feeling it could happen here in Pinellas County after I saw the story about all the unscrupulous actions playing out by guardian Patricia Johnson. I certainly know the guardian Teri St. Hilaire who railroaded my beloved fiance into a life of isolated slavery, is as crooked as a screw.(Google her name). So now... I'm seeing hope. If Senator Brandes' bill passes, along with another bill by Fl Senator Diaz de la Portilla, (SB 0412) regarding "Guardians and Wards",then it will put a grinding HALT to this horrid atrocity one state at a time. I'm just about finished with my formal report now, which I intend to submit to various key entities, (including I - Team 8), so with God's blessing. maybe many, many, dear loved ones can be freed from their lives on death row.-Including my pretty girl. By the way, just weeks before her capture, she was going to the gym every day and could swim more laps than me. She's as smart as they come! I wish I could tell you more... but for now, I had better get back to the report. Time is wasting. As always, thanks for letting me chew your ears.

Good news that one politician is using this to do something positive. On another note, WHY is this Patricia Johnson woman still roaming the streets? She needs to be in jail!

We'll be cheering you on. Guardianship is like the old west out of control with no regulations no oversight oh forgive me the court is the oversight that's like having prisoners overseeing prisoners - meaning it's open season all for a buck and how to keep their jobs. Warning what's waiting for the next batch to be churned into products to feed and feed and feed the probate machine - boomers your next so get your exit plan ready post haste!

There are so many bad guardian's in Pinellas County Florida! I am so happy to see laws going in the right direction! We need more good people like Jeff Brandes and Diaz de la Porilla, doing something great for Floridains! Exposing the corrupt Judicial system put in place! Try looking into Guardian Sherry Dunn and Peter Musante Sr. They are two of the worst! hurting good Floridian for profit to themselves and their Attorney friends! Especially Tom Tripp, Gary Fernauld, Richard Pierce, along with a few others. Follow the ward's money! Make them follow the law!

ABC should check out Circuit Judge Patrick Caddell, he along with the other probate judges in Pinellas country has been one of the leaders for Guardianship abuse! If you have been hurt by Judge Patrick Caddell please report it to NASGA and Senator Jeff Brandes! Will help alot of Floridian to get rid of these corrupt Judges who think they have the power to ignore the law!

I'm so glad these reports have led to legislative efforts!

Richard Pierce was one of the lawyers involved in the case of my loved one. Along with judges, Jack St. Arnold and Lauren Laughlin. Teri St. Hilaire is the guardian, with her headhunter, Cathy Christmas (DCF), and last but not least, the warden of Curlew Care home and owner, Audra Ackerman. These are some of the key players in the guardianship abuse case I am dealing with here in Pinellas Cty. Fl. If anyone has info that relates, let me know. Maybe we can pull resources together...The time is near...