A former public defender has been suspended from practicing law for allegations that he violated the Rules of Professional Conduct for Pennsylvania lawyers. 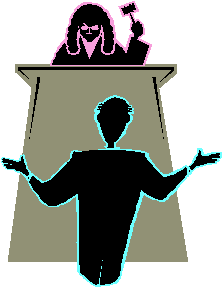 According to a state Supreme Court order on disciplinary action against local attorney Ronald Langella, he has been suspended from the Pennsylvania Bar for five years. The case went before the Disciplinary Board of the Supreme Court of Pennsylvania, and the suspension decision was made Jan. 15. Langella was dismissed from his public defender position in 2008, but McKean County officials declined at the time to say why. He maintained a private practice in Bradford after his dismissal.
According to a legal notice published in Tuesday’s edition of The Era, his suspension is effective Feb. 14.

Langella has been accused of violating the rules in six ways. According to court records, he failed to “act with reasonable diligence and promptness in representing a client,” failed to “keep the client reasonably informed about the status of the matter,” failed to “promptly comply with reasonable requests for information,” failed to “take steps to the extent reasonably practicable to protect a client’s interests” after the end of representation of that client, failed to communicate the fees to a client whom the lawyer has no regularly represented and failed to hold a client’s “funds and property separate from the lawyer’s own property.”

Langella, who was already serving a private reprimand and five-year probationary period due to a previous disciplinary case, failed to comply with his probation conditions by failing to file monthly reports on his oversight of his IOLTA accounts — accounts that hold money for clients or third parties — and failing to pay the court costs and restitution, according to court records.

This is one of the attorneys who represented Jetta Getty who kept my mother in Florida knowing that mother was a PA resident/domicile. It appears that mother was kept in FL for the sole purpose of enriching Getty and her attorney friends. This is a true story:
Rita Denmark was a divorcee in excellent physical health with mild/moderate dementia. Denmark domiciled and resided in Pennsylvania, she was registered and voted in Pennsylvania, she had a Pennsylvania prescription drug plan and a Pennsylvania Workers Compensation insurance policy for her personal care companions (all of which she had known for years). Denmark had her Advance Directives in place and she had a long term relationship with a favorite, local banker and an accounting advisor both of whom had assisted Denmark with her financial affairs for many, many years. Rita Denmark had everything was in place to enjoy her Golden Years with her family and friends when she took a "life changing" vacation to Florida with one of her daughters.

Just DAYS after their Florida arrival a dispute between Denmark’s children ensued causing them to reach out for legal direction. Denmark’s daughter was assured that the quickest, easiest and least expensive way to get the problem resolved and to get their mother back to her home in Pennsylvania was to allow AND assist Professional Guardian, Jetta L. Getty (owner of Young at Heart Elderly Services) to sort out the disputed facts and report back to the court within 90 days as required.

Jetta Getty promptly placed Denmark in a Port Orange, FL Assisted Living Facility (Summerville now called Emeritus of Port Orange) and Getty put Rita’s daughter, the vacationing companion, onto an airplane sending her back home to PA assuring her and other family members that Rita would be home soon.

Rita's daughters now believe that Getty’s motive was to get that daughter out of her way & hoodwink other family members long enough to get the court behind her then, she began the process of enriching herself, converting Rita Denmark's approx. $470,000.00 estate into fees for herself, her attorney and other business associates, including another Professional Guardian, Edith Myett who has sense been arrested!

The documentation in the Volusia County FL Court record shows very specifically that Jetta Getty CHANGED Rita Denmark's address. The Volusia County Court record also shows that several attorneys and the guardian, AKA "Officer's of the Court" knew, or should have known, that Denmark was a vulnerable senior and was a PA resident being moved by Getty. These Officer’s of the Court were ALL paid (by Getty) from Rita Denmark's approximate $470,000.00 estate. It took approx. 3 ½ years to finally obtain the documented proof that NOT ONE of those “Officer’s of the Court” ever told the Judge that Denmark was a Pennsylvania resident and domicile. This FL court record is chocked full of deceit and omissions by Getty through her attorney and others.

We have reason to belief that Denmark’s entire estate has been plundered and converted into fees. We believe that Denmark is now supported by Floridians HARD EARNED tax dollars even though her family wants her home and to care for her.

WHO guards the guardian? NO ONE!!

Thank you for taking the time to read this, “to the best of my knowledge and belief,” real life story.

For more information or to inquire about supporting “public record” documentation, contact hlpeffer@yahoo.com or Info@StopGuardianAbuse.org

Interesting how this creep blames the wife/woman. It reminds me of the "snake" in the Garden of Eden who told God, "the woman made me do it."
What a SNAKE!!

So the way I understand this is that Jetta Getty from Florida who is Rita Denmark's guardian hired this unethical attorney who has cheated people to represent her in the state of PA.

Where is the accountability for guardians?

Seems like the public guardian can dispose and use any unethical practice to their advantage and not be held accountable, but when it comes to family they use ever resource to discredit the family to their self purpose and call it fair game?

wonder if they are still marries Cathy or is it a game they play blaming each other for their mishaps?

Jetta Lorraine Getty is a POS. Not only does she does tick every warning sign mentioned by NASGA. The scum of life.....

Takes property of the ward (vanishing act)
Commits Perjury
Influences supervisors of care givers and care givers to lie to friends and family about anything and everything.
Buys items at the wards expense and keeps for herself.
Submits false reports to family, lawyers, judge, etc.
The POS is training other guardians to practice lies, steal, cohort, manipulate, etc.

Most guardians will burn in HELL.