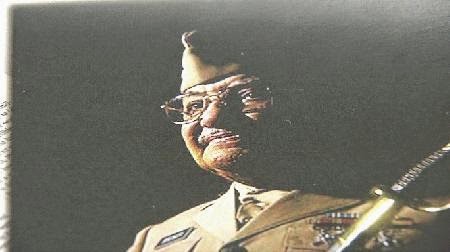 SAN ANTONIO -- Several senior citizens, some of them U.S. military veterans, have filed a lawsuit against a local nursing home, claiming severe abuse and neglect.

Parklane West Healthcare Center on the Northeast Side is being sued by three San Antonio families. The attorney representing the families, Marynell Maloney, held a news conference Tuesday. Maloney claims her clients have been repeatedly abused and neglected over several years.

The family of one man, a colonel who has since passed away, claims he had fallen one day but didn't receive treatment for his pain until 14 hours later.

This reminds me so much of the notorious Scott Schuett, who operated six dangerous, filthy, disgusting adult homes with 400 victims in the Hampton Roads area of Virginia.

You know who sued Scott Schuett? There are over a dozen lawsuits on the court docket from Sysco and other food suppliers -- Scott Schuett was not paying for residents' FOOD!!! And a lawsuit from the pest control company that got stiffed after TRYING TO ELIMINATE A TWO YEAR OLD BEDBUG INFESTATION. And of course tax authorities and a sundry worker whom Scott Schuett stiffed on her hard-earned paycheck.

You know who never did sue Scott Schuett? The Commonwealth of Virginia. The Virginia Department of Social Services Licensing Division, which had the right and duty by statute to protect these victims and shut down each of these facilities within fifteen days under the clear-cut summary suspension procedure.

Instead, the Virginia Attorney General's Office chose a meandering course of appeals that stretched seventeen agonizing months from the date that Scott first LOST LICENSE AFTER LICENSE TO OPERATE.

The public guardianship programs, Jewish Family Service of Tidewater and Catholic Charities of Eastern Virginia, who dumped an still-undisclosed number of victims into these horrific facilities, and then hypocritically stood before the Virginia Public Guardian and Conservator Advisory Board, rationalizing their continued placement in these facilities months and months after Scott Schuett had been declared "a substantial danger to the public health and safety."

Catholic Charities of Eastern Virginia even dumped an elderly lady into one of these awful facilities IN VIOLATION OF A COURT ORDER, with the cooperation and approval of the ubiquitous guardian ad litem "for" these victims, Colleen T. Dickerson, Esquire, who misses no opportunity to sell her clients down the river at every turn.

These public guardianship programs claimed that they had no choice, that it was "impossible to operate such a facility without a single violation," that "these people have nowhere else to go." Well, after the eventual, inevitable shutdown of five of Scott Schuett's facilities, each and every one of these hundreds of victims was relocated to a cleaner, safer facility, where openings had been available all along.

And Scott Schuett did not have a "single violation." He had hundreds upon hundreds of violations, more violations than any assisted living operator IN VIRGINIA HISTORY.

Who else failed to sue Scott Schuett? DMAS and VDSS, who paid out public auxiliary grant funds for NINETY PERCENT of Scott Schuett's residents, even though these victims were not properly fed, not getting their prescribed medications, did not have simple niceties like a working heating system or a working smoke detectors, and remained in grave danger of assault, abuse, neglect, and even death each and every day they remained in Scott Schuett's facilities.

The Virginia Department for the Aging and Rehabilitative Services, which through its attorneys, Amy Marschean, Esquire and Janet James, Esquire, actively COVERED UP the mistreatment of these unfortunate residents.

The Virginia Office of the Attorney General, whose attorneys ignored their clear duty to report Scott Schuett's egregious misconduct to the state Bar of Michigan, where he still holds a law license!

So maybe the elderly and disabled in the Commonwealth of Virginia would be safer and better off if the General Assembly just de-funded or reduced funding to all these "protective" and "services" agencies, since they were expending public funds to protect Scott Schuett, not to protect these innocent vulnerable citizens from a pattern of horrific abuse, neglect, and mistreatment that rivals any in the long history of the Commonwealth.

Good for them! I hope their lawsuit is successful.

Applause to the family for giving their loved ones a voice and to the lawyer Maloney who is representing the complainants.

Without stand up lawyers, we the people are left voiceless and powerless all of which enables wrongdoing to continue.

Let the truth be told so those responsible will be held accountable in a court of law then let's hope a criminal complaint will follow that alone will put people on alert that they are next.