COURT VIDEO of private guardian Jared E. Shafer ordering Norheim to close the court to the public during the discussion of $500,000.00 missing from his ward's estate.)Nevada Revised Statutes permit Hoskin and Norheim to summarily approve the quasi-legal enrichment of private court appointed guardians who exploit the elderly and infirm. However, It has not yet been determined if Hoskin and Norheim personally share in exploitation of the life savings of many "wards" they assigned to an unscrupulous group of local for-hire guardians who feed off of ill-informed residents of our city's two Sun City developments (Las Vegas' Death Watch). In an effort to find answers to the legality question, I contacted current Clark County Public Administrator John Cahill. He told INSIDE VEGAS: "....action in all cases are reviewed in detail by the Court in a petition, and actions approved and ordered are carried out." By his answer, Cahill obviously believes that the orders of county Family Court judges and commissioners are beyond reproach.

(Jared Shafer has ignored repeated requests by INSIDE VEGAS to tell his side of this story.)

However, an extensive investigation is underway that may determine if the jurists (and Cahill) ever profited from numerous highly questionable court rulings that favored guardians, and cost family members who dared question their power tens of thousands in legal expenses. The following Nevada statutes may pose a serious threat to Las Vegas' second largest industry; retirement. If these statutes and their peril are made known to wealthy people living outside Nevada who are considering a move to one of our city's posh retirement communities, they should take heed, especially if they have no relatives living in this state to care for them in the event their spouse passes away (poor people are not appointed private guardians).

NRS 159.059, and NRS 159.0487 legally prohibited a nonresident of this State, the only living child of 95 year old WWII hero Guadalupe Olvera, from moving him back to California to spend his final years in the care of his loving family. In this court video entitled Guardian Abuse of 93 Year Old WWII Vet By Las Vegas Corrupt Family Court System and Jared E. Shafer, Olvera is patronized by Guardianship Commissioner Norheim, Shafer, and Shafer's attorney Alan Freer when Olvera pleaded to be allowed to leave Nevada. Shortly after his plea was ignored, Olvera moved to California against court orders, and Shafer had Judge Hoskin issue a Contempt of Court warrant for his daughter, later saying Olvera's daughter "kidnapped" her father and she should be arrested. However, California courts refused to honor the warrant.

NRS159.117 permits the guardian to legally purchase or exchange securities with their ward's money.  In 2009, Jared Shafer and his CPAs Shawn King and  Bruce Gamett invested PFSN ward's savings into a Utah Ponzi scheme called VesCor and received commission payments for those referrals. They were sued by the receiver for VesCor who stated: "The transfers of commissions from VesCor constitute fraudulent transfers... at a time when the investors were on notice of VesCor's insolvency or fraud."  The SEC said that (defendants) "offered and sold approximately $180 million in unregistered notes to more than 800 investors, many of whom were senior citizens." To avoid criminal prosecution, Shafer, et. al. returned the fraudulently transferred money to the accounts of his PFSN, Inc. wards who were unaware their funds had been invested in a Ponzi scheme. (MORE INFORMATION about the Ponzi scheme 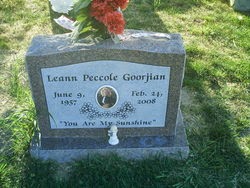 In the late Leann Peccole-Goorjain's case, .NRS 159.076 legally Authorize(d) the guardian of the estate ... to manage the ward’s property, to convert the property to cash and sell any of the property, with or without notice, as the court may direct. After the payment of all claims and the expenses of the guardianship... The court may dispense with annual accountings.

Three years before Leann  died on February 24, 2008 leaving a multi-million dollar estate, the Family Court placed her into the guardianship of Jared Shafer. That was in 2005 when Leann was deemed a “vulnerable person.” Six and one half years after her death, Jared Shafer - without being required to file annual accountings, continues with Court approval to drain Leann's estate of hundreds of thousands of dollars each year.  Her oblivious family told INSIDE VEGAS they were (erroneously) told Shafer is an attorney, and their loved one's fortune is in good hands. (Read: Grave Robbery Under Color of Law ).

There are many more cases such as that of the late Marcy Dudeck who at 91 was allowed to die of dehydration under Jared Shafer's care. In her case as with too many others now coming to light, Shafer spent Dudeck's savings to pay for his own defense against her family who wanted her to live near them in California. The family could not stop Shafer until he had depleted all of Mrs. Dudeck's resources paying himself and his over priced attorney friends to make Marcy and her family miserable for taking him on.

We need strict fee limits in EVERY case, public or "private."

Then all the sleazy lawyers will go off to run brothels and all the so-called guardians will return to their original hobby, pulling the wings off butterflies.

The shame of it is, there are plenty of people who are willing to offer real, constructive assistance to the elderly and disabled, for no charge or minimal charge. They are shoved aside by these greedheads and their sleazy co-conspirators in the Bar.

Here is a direct quote how it worked in Wisconsin, Dane County one example of how a guardianship was established.

A representation of what was going on nationwide behind closed doors.

Here we are in 2014, the outcome is still the same, lawyers are out of the bedrooms appearing in courtrooms, their theater, before an audience:

When Daniel A. Breunig joined the Dane County Probate
Office in 1974, probate was undergoing a metamorphosis.

It had been – in the words of one retired judge – a “good ‘ol
boys network” kept apart from the other branches of the
county court and run by the senior partners from Madison’s
top law firms.

It was insular and, to some in the public, suspect.

Those who advocated increased accountability and other
reforms began to make their mark in the early 1970s.

Judge P. Charles Jones was elected probate judge, defeating a man who commonly held Chapter 51 commitment hearings while
perched on the edge of the individual’s bed and steadfastly
refused to recognize a right to counsel in these cases....."

On a personal note, deep appreciation and gratitude to retired Dane County probate registrar Daniel Breunig who assisted me and the heirs of Helen Fabis in State of Wisconsin vs Kathleen A Simane Rock County Case No.: 2005 CF 000301.

The good thing about Shafer (I bet few knew there was something good about him) is that he can be used to demonstrate how the law allows loopholes like him to continue. And then those loopholes should be closed.