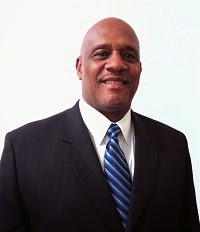 A former Probate Court worker will move forward with the lawsuit against Rockdale County Probate Court Judge Charles K. Mays, Sr. for almost $20,000 of unpaid backpay after no response was received from Mays or the county by the Friday deadline, according to her attorney. A related lawsuit and a separate lawsuit involved Mays will also move forward in Magistrate Court in November.

Freya Pearson, through her attorney Michael Waldrop, had threatened to sue Mays if the $20,000 in wages and expenses was not paid by Friday, 4 p.m. Waldrop said no response had been received by the deadline and that they would be filing the lawsuit on Monday, Oct. 27.

On Monday while leaving his office, Mays declined to comment but did say regarding Pearson, "None of the allegations she's making are true." Mays said a statement would be sent from his attorney DJ Asante by Tuesday. However no statement received by press time Friday. Asante is not a member of the Georgia Bar nor the South Carolina Bar, according to the online member directory.

Since then, attempts to reach Mays for comment were not returned by press time.

Two other lawsuits involving Mays - one by contractor Rodney Scott who thought he was buying a condominium from Mays and invested $10,500 in renovating the unit, and one from the Mays Family Trust against Pearson for $5,600 unpaid rent - will also move forward in Magistrate Court Nov. 5.

I think the judge will have to pay the back wages and should just do it and get it over with.