Woman in "The Kindness of Strangers: Inside Elder Guardianship in Florida" May Get to See Her Home 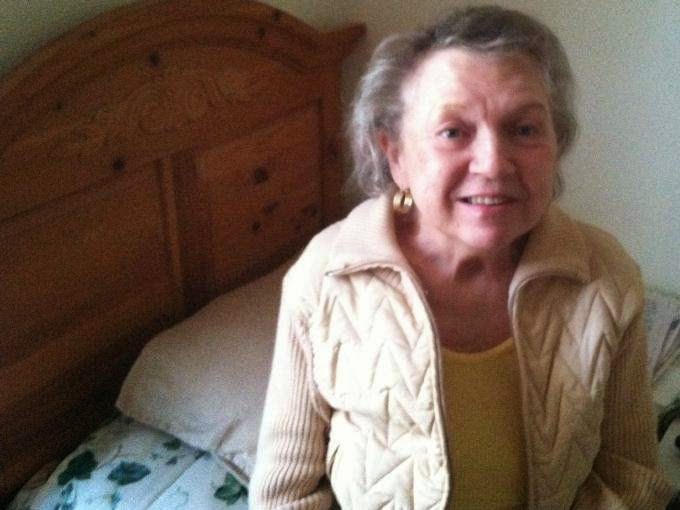 Linda Bous, 67, has been living since May in a locked assisted-living facility where her court-appointed guardian placed her — but this could be the day her life begins to open up again.

In its December series, “The Kindness of Strangers: Inside Elder Guardianship in Florida,” the Herald-Tribune described her struggle to have her rights restored. Restricted to using the facility’s shared telephone and unable to retain a lawyer, she called the newspaper in October and asked for help.

This afternoon she is scheduled to leave her tiny room in the facility, and see her Sarasota home again for the first time in more than eight months.

No new documents have been filed in her case, but according to her court-appointed attorney, Marc Soss, 12th Judicial Circuit Court Judge Charles Williams will waive the hearing to restore Bous’ rights, and a “joint stipulation” has been prepared in which her guardian would agree to a full restoration.
This would leave Bous once again in charge of her own destiny, free to begin the long process of reclaiming her assets and her personal life after more than nine months as a ward of the state. She hopes to live with her sister-in-law, Jane McElree, while she reassembles the pieces of her existence.

Since April — when she was still reeling from the death of her husband in January — Bous has been under guardianship, with no right to make decisions for herself. A court ruling declared her to be incapacitated after a hearing in June that she did not know she could attend, held after she had already been removed from the house she and her husband had shared.

Even now, it is not clear who owns the three-bedroom house on a quiet, leafy street in Sarasota. Bous’ husband of nearly 27 years — Joseph Anton Bous, a longtime coach in Sarasota schools — died at the age of 66, leaving no will, and the house is in his name. Bous’ guardian was made personal representative of his estate, which has not been settled.

Her husband’s death left Bous devastated for months, unable to eat properly or even pay the bills. Someone apparently placed an anonymous call to Adult Protective Services, the state agency charged with cases of elder abuse or neglect. Bous remembers a nice man who came by and arranged to have her electricity turned back on.

Bous said this fall that when she first talked with her court-appointed emergency guardian, Ellen Himes, her impression was that she was going to the facility for a few weeks’ rest and recuperation.

“We were sitting out in front of my house,” Bous recalled, “and she said, ‘There’s a place I know of and they have a room that’s open, and maybe you should go there just for a little while. It will help you feel better. Take a few clothes.’ ”

Himes said in December that she could not discuss Bous’ case specifically. But she said helping a ward make the transition from an unsafe environment often requires tact.

“I never tell them that they’ll never go back to their homes,” she said. “I try to guide them around it in a better way, like, ‘You’re going to go live in a resort now,’ as opposed to, ‘You’re not going back to your house because it’s too big and you can’t handle it anymore.’ ”

Bous says now that she worries about the condition she will find her house in, and what has become of her three cats.

Full Article and Source:
Woman in Guardianship Series May Get to See Her Home

Email ThisBlogThis!Share to TwitterShare to FacebookShare to Pinterest
Labels: Florida, Pets, The Kindness of Strangers

Pray it all happens!

The guardian should be held accountable for what happened to this lady's personal belongings. And what about her cats? Are they even alive? Shame on the guardian.

I saw the FB post that she is free! Hallelujah!