In guardianship bill, checks that could have helped others 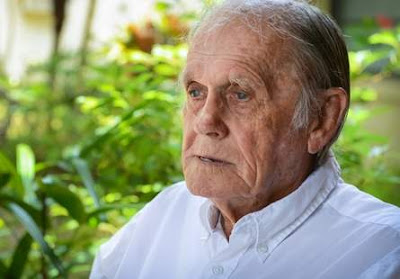 “Once my wife died, they just shoved me aside,” Don Herman said. “I think they realized they made a big mistake and tried to cover it up.”

On a Sunday in December, Don Herman looked at the front page of his Herald-Tribune and was carried back to a harrowing time in his life three years before.


He remembered the two weeks in 2012 when he and his wife, Kathryn, were held under guardianship by the state of Florida — and he lost her forever.

After the publication of “The Kindness of Strangers: Inside Elder Guardianship in Florida,” three bills to reform the system were introduced in this year’s Legislature. This unprecedented attention to a little-known aspect of probate law — designed to protect older adults from abuse or exploitation when they lack capacity to make decisions — led to media coverage throughout the state, and made more Floridians aware of flaws in the adult guardianship process.

Only one bill made it through a session truncated by an impasse over Medicaid expansion to reach Gov. Rick Scott’s desk for signing. That is HB5 — sponsored by Rep. Kathleen Passidomo, R-Naples — which tightens many aspects of the statute that made it easy to seize control of elders’ assets, and also more clearly spells out the duties of a state-appointed guardian.

“That’s important,” Passidomo said. “With the bad guardians, at least now we can say, if they’re not acting in the best interests of the ward, it gives tools to interested parties to challenge the actions of guardians that are bad. And guardians that exploit their wards can be criminally prosecuted, which is huge.”

A case of emergency

Another provision, refined on the bill’s journey through committees and strongly contested, takes aim at the emergency temporary guardianship process — a fast-track option intended to address cases where an elder’s safety is immediately at risk.

But most Florida wards enter the system as emergency cases, because it is more expedient. Critics say this entangles people in a baffling and swiftly moving process that is notoriously difficult to reverse.
After a judge removes an individual’s civil rights and appoints a guardian, a ward’s ability to fight back in court is limited. Under full guardianship, this person loses access to all bank accounts and cannot make decisions — such as changing doctors or hiring a new attorney.

By law, anyone “interested” in a person’s welfare can petition the court to make him or her a ward. With emergency temporary guardianship, a judge appoints a guardian even before an evaluation of capacity by three mental health professionals. Two of them must find the person incapacitated for the guardianship to become permanent.

Under HB5, an “alleged incapacitated person” must be notified at least 24 hours before an emergency court hearing — unless the petitioner can prove that such notice would place the prospective ward in danger.

“Is 24 hours enough? Of course not,” said Sam Sugar, an Aventura physician who founded an organization called Americans Against Abusive Probate Guardianship, and spoke in Tallahassee on behalf of all three reform measures. “But it’s better than nothing. At least there is this sliver of hope of intervening.”

Herman, a Sarasota resident, believes that if he and his wife had received 24 hours’ notice before a judge removed their rights in court, maybe their guardianship could have been averted. (Continue Reading)

Full Article & Source:
In guardianship bill, checks that could have helped others
Posted by NASGA

This is the national pattern of operation of the protection industry all in the best interest of? the ward? or those profiting and/or job security for public guardians aka PiGs.

Fraudulent petitions for emergency hearings when there is NO emergency. No consequences for lying to the court. Enough is enough innocent people are going down faster than anyone can comprehend. This is an example of our parents and our golden years.

Our gold - really? - others have devious plans to intercept all you own including your underwear. Straight talk from the war front.

My heart is breaking for Don Herman who was railroaded into the system, the racket that churns people into products to feed the probate machine.

It's so sad I can hardly stand it.