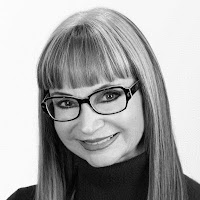 In March 2011, the 90-year-old Mickey Rooney, a national treasure and an award-winning film legend best known for his work in such classic movies as A Family Affair (1937), Boys Town (1938), and National Velvet (1944), headed to Capitol Hill in Washington and appeared before the Senate Special Committee on Aging to address the elder abuse problem in the United States.

"I'm asking you to stop this elderly abuse. I mean to stop it. Now. Not tomorrow, not next month, but now," Rooney urged senators. He called for the passage of a law that makes elder abuse a specific crime, which will not be tolerated in America, according to a CNN report.

Rooney was no stranger to elder abuse. In February 2011, Rooney filed a lawsuit for breach of fiduciary duty, elder abuse, fraud, and other crimes against his stepson, Chris Aber, and others, ABC News reported. Rooney alleged that Aber, and his wife, failed to meet Rooney's basic needs (food and medicine), threatened and verbally abused him, stole his money for their own use, and took control of his finances, National Association to Stop Guardian Abuse (NASGA) reported.

Chris Aber maintained that Rooney submitted legal filings and gave congressional testimony at the urging of Chris' estranged brother, Mark. Chris further claimed that "his brother and sister-in-law were stealing from his stepfather [Rooney], selling his possessions on eBay," according to The Hollywood Reporter.

Let's take a close look at elder financial abuse that comes at the hands of family members and caregivers.

As Mickey Rooney's situation illustrates, a family household can be a dangerous place, as elder abuse frequently happens behind closed doors in a domestic setting while committed by someone closest to the elder. Unlike strangers who commit financial crimes, relatives and caregivers who perpetrate financial crimes against the elderly are involved in an ongoing trust relationship with the victim. Oftentimes the family perpetrator will misappropriate or misuse the elderly victim's money, property, or valuables for personal gain and to the disadvantage of the victim.

The Roles of Mental Capacity, Consent, and Undue Influence

In the context of elder exploitation, it's important for us to determine if an older person understands or understood what he or she was doing when he or she engaged in a transaction, and whether she or he was coerced, tricked, or under undue influence by someone when the transaction took place, which brings us to the concepts of mental capacity, consent, and undue influence.

First, mental capacity refers to a person's functional skills used in his or her everyday life.

Determining when an elder lacks sufficient decision-making capacity is seldom black and white. For instance, an elder may not be able to make financial decisions, but he or she may still retain the capacity to make medical decisions for him- or herself. Also, diminished decision-making capacity can be sporadic and gradual. For example, elderly people with mild cognitive impairment have good days and bad ones.

Second, consent occurs when you "accept or agree" to someone's proposal, according to a report entitled "Financial Crimes Against the Elderly." You need to have sufficient mental capacity to comprehend the consequences and implications of your actions for consent to be legally binding.

Third, "undue influence refers to a person's free will being usurped by the will of another," according to an American Bar Association publication titled "Psychological Aspects of Undue Influence." State laws on undue influence vary, but most states require proof that the victim was subjugated or controlled by the perpetrator -- in other words, the victim's free will was dismantled by the perpetrator.  (Continue Reading)

Thank you for posting NASGA. I can still see Mickey's testimony in my mind's eye.