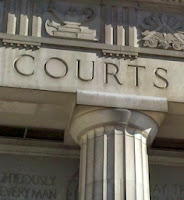 A woman accused of taking advantage of a 96-year-old dementia patient by helping herself to the elderly woman’s bank account is headed to trial next month.

At a Tuesday afternoon hearing, attorneys sparred over discovery issues and what evidence should be admissible at trial. Sheppard is accused of taking more than $22,000 from the bank accounts of Ophelia Beard last year. Beard died Dec. 23, not long after Sheppard was indicted.

The documented evidence includes 1,300 pages of bank documents. Defense attorney Kim Wilder complained the accusations lodged in the indictment itself are so vague that it’s impossible to know what acts she is supposed to defend Sheppard against.

On behalf of the state, Assistant Attorney General Lyndie Freeman sought discovery from the defense – names and contact information for possible witnesses and copies of any records the defense intends to use.

While the defense has until five days before trial to provide discovery, Freeman protested that a last minute dump of information would leave the state at an unfair disadvantage. Judge James G. Blanchard Jr. assured both attorneys that he would not let either side be ambushed.

Freeman said in addition to bank records and footage of security video from banks, she would have witnesses testify about Beard’s state of mind last year.

One potential problem area might be Freeman’s intention to call a bank employee who could testify that when she became suspicious about Sheppard, she asked Beard who Sheppard was and Beard said she didn’t know.

The hearing in the case will continue next week. The trial is expected to last for more than a week.

This is going to be an exploding problem as the Boomers age.