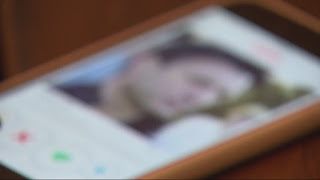 BOSTON —Secretary of State William Galvin is urging banks and credit unions in Massachusetts to make sure their workers are trained to recognize signs of financial exploitation of the elderly.

In a letter sent to 190 banking institutions in Massachusetts in the past week, Galvin said those workers can be a first line of defense.

He pointed to the case of a senior citizen who was persuaded to obtain $60,000 in bank checks in response to telephone calls telling her the checks were needed to collect sweepstakes prize money.
Galvin said his office worked with the FBI to resolve that case.

He said seniors are often particularly vulnerable because they have nest eggs that can be targeted by scammers.

He also said seniors are sometimes too embarrassed to report thefts.

I agree they need to be trained. But, I think also that banks go too far and start acting like the police. They're not the police.

I'm still reeling about the Yolinda Hutton story from Australia! From the reports at their Royal Commission into Foreign Bribery Laws, their own Bar Association used ethics to spy on anti pedophile activists, anti aged abuse advocates, politicians and the SEC and Anti Foreign Bribery cases! Down there they'll teach the tellers how to get away with everything!

Betty said exactly right. It is the weirdest thing turning into a police state !! Any teller that is envious of you, does not like how you look or how you speak , has neurosis , bad upbringing, sees things skewed is going to decide about you. This is SO obvious another ploy to control .

Banks are a service making money and their job is to turn over suspicious events to the police.