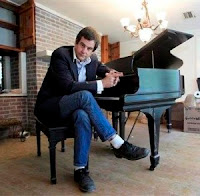 More than five years after finally winning release from a hotly contested conservatorship, singer songwriter Danny Tate has once again gone into bankruptcy in attempt to regain access to royalties he hasn't seen for years.

Tate sought bankruptcy protection in federal court in Kentucky in the Fall after a Nashville judge summarily rejected his attempt to recoup at least a portion of royalties ranging from an estimated $12,000 to $20,000 a year.

The royalties have been going to Nashville attorney Michael Hoskins who represented Tate in his efforts to escape a conservatorship first imposed by a Davidson Probate judge in 2007.

Hoskins already has gained title to Tate's Belle Meade home, which was sold off at auction.

In a recent filing in Davidson Circuit Court, Tate's attorneys argued that the attachments placed on Tate's assets and income were driving him into homelessness.

Noting that the garnishment was imposed on Feb. 12, 2013, Tate's lawyers said 100 per cent of his royalties from BMI music have been taken away, leaving him " little or nothing to for his personal family or household needs."

They asked that the garnishment be reduced to $500 a month.

Tate's new lawyers, Mark B. Reagan and Stephen Young, had charged that the amount being taken from Tate exceeded legal limits and that his contract with Hoskins was invalid because the songwriter lacked the legal authority to sign a contract while under a conservatorship.

They charged $26,323.44 had been withheld from Tate in excess of the legal limits.

Hoskins, acting as his own attorney, argued that the legal limits referred to by Tate's attorneys applied to wages, not royalties. He also contended that Tate had "acquiesced" to the prior garnishments and lost the right to contest them.

In a decision issued following an Aug. 28 hearing Circuit Judge Joseph P. Binkley Jr. ruled in Hoskins favor, concluding that BMI was not Tate's employer and that he had indeed acquiesced to the ongoing garnishment and "is barred from challenging all prior disbursements."

He wrote that Tate had 20 days after the attachment was issued in March of 2013 to challenge the action.

"The doctrine of acqiescence is applicable in this case," Binkley wrote, adding that "BMI is not his employer."

In a subsequent letter to the court, BMI attorney Richard A. Garza wrote," Please be advised that BMI intends to place a withhold against the debtor's accounts and await further instruction from the bankruptcy trustee."

Without his knowledge Tate was placed in the 2007 conservatorship by his brother. Subsequently he was ordered to pay not only his own legal bills but also his brother's.

I wonder if Hoskins is blackballed in TN because of taking Tate's house.

This so called conservatorship of Danny Tate gets sicker and sicker by the minute how many years has this bs gone on? how much longer until the lawyers are satisfied hmmm? Wnen is enough enough?

Even an idiot like me could see that this conservatorship failed to preserve 1 cent for the conserved person Mr. Tate in reality conservatorship is in the best interests of those who financially profit bags of gold for those who play the game go ahead double dare run this by kids in the primary grades to get their verdict.

Kudos and round of applause to Mr. Walter F. Roche Jr. for his eyes and ears on this case as well as the other cases that were in the best interests and benefit of the players in the system.

this is a nightmare with no ending what does it take to get the people as in we the people to see the full ugly picture ? average joe citizen better get a heads up post haste take the blinders off to see how this racket is harming the persons at the mercy of the conservator can't put forth my true feelings knowing my comment will not get approval for publication use your dirtiest part of your thought process for a clue as to what i'd really like to write good luck danny wherever you are

Attorney Hoskins is probably adding on hourly fees towards "collections" since he is representing himself. This would be compounded by the 10% interest on the balance of $164,000.
So he gets Danny's assets and future income, while Danny gets his freedom...that had been taken by other attorneys for his assets.

I followed this case as it was unfolding and I appreciate all that NASGA reported on it and that NASGA continues reporting on it.