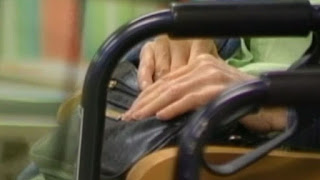 SAN ANTONIO — A new state law seeks to protect our most vulnerable citizens from financial exploitation.

House Bill 3921 went into effect Sept. 1 and is already helping banks and credit unions stop financial exploitation and other forms of elder abuse.

Valdez is worried sick. She believes her 85-year old mother is a victim of elder abuse and she's not sure what to do about it.

"Some people can't afford an attorney," Valdez said. "It's expensive. What are you supposed to do?"

Bexar County has the second-highest number of suspected abuse cases in the state according to adult protective services.

"We work closely with financial institutions to be able to provide us some of that background information so we can explore it further," said Ann Cortez, district director of adult protective services.

"Well I think that's great it's about time somebody's got to stand up for them," Valdez said.

"Changes in their spending habits," Garcia-Diaz said. "You can see that they're drawing more cash out on a more frequent basis or sometimes the checks presented for payment show a different signature."

The new law provides oversight from the state and allows financial institutions to help launch investigations into suspected abuse at home.

"Just those things are a hint as to what could be going on behind closed doors," Garcia-Diaz said.
If you suspect a loved one has become a victim of abuse exploitation or neglect you can connect with Adult Protective Services using their 24-hour hotline, 1 (800) 252-5400.

I actually mostly agree with this. The problem is the bank or financial adviser isn't the police and I fear accounts will be frozen based on someone's suspicion. A guardianship can follow and the person won't have money to hire a lawyer.

I think banks and financial institutions should have a better way. Perhaps offer a service that people sign up for so they know their accounts can be frozen if something smells fishy.