Columbus lawyer indicted on charges of stealing from elderly client 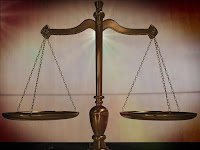 A Columbus lawyer whose license was suspended recently amid allegations that he stole from an elderly client has been indicted by a Franklin County grand jury on charges of theft and tampering with records.

John David Moore Jr., 48, faces two counts of theft from an elderly person and two counts of tampering with court records in an indictment filed Wednesday.

The criminal charges come seven months after the Ohio Supreme Court’s disciplinary counsel filed a complaint accusing Moore of withdrawing $35,132 beginning in 2010 while overseeing the assets and nursing-home care of a man in a guardianship case. Moore is accused of depositing the money in his checking accounts while failing to provide a complete accounting of the funds in Franklin County Probate Court in 2012 and 2013 after the man died.

In April, Moore’s license to practice law was placed under suspension after he failed to respond to the complaint, Supreme Court records show.

The two felony theft counts accuse Moore of stealing more than $7,500 from an elderly or disabled person. The counts of tampering with records accuse him of falsifying, altering or destroying the guardian’s inventory and an affidavit in Probate Court.

Moore made headlines last year when he accused Franklin County jurors of stealing 71 oxycodone pills while deliberating in the case of a client who was convicted of drug possession and sentenced to 25 years in prison. Moore accused jurors of stealing the pills while handling evidence in the jury room, and he unsuccessfully sought a new trial for his client. An investigation failed to uncover what became of the missing opioids.

When lawyers steal, I wonder why because they make tons of money and live high on the hog, and they know better. So, I suspect drugs.