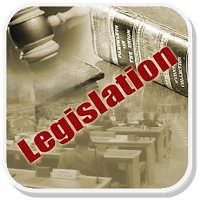 A disturbing aspect of an  elder law and trusts and estates practice is the discovery of elder abuse. According to the National Institute on Aging, hundreds of thousands of adults over the age of 60 are abused, neglected, or financially exploited each year. Elder abuse includes physical, emotional, and sexual abuse in addition to neglect and abandonment.  The perpetrators are often relatives or friends who have influence over the individual who may be vulnerable due to illness, disability, or age. Sometimes the abuse occurs at the hands of caregivers, whether in the home or in a facility.

The Promote Responsible Oversight and Targeted Employee Background Check Transparency for Seniors Act, also known as “PROTECTS,” is an act that would expand access to the National Practitioner Data Bank for Medicare and Medicaid providers to conduct background checks on employees. Specifically, PROTECTS would include Medicaid/Medicare-certified skilled nursing facilities, home health agencies, hospice programs, and pharmacies.

The Act has been endorsed by the American Health Care Association and the National Association for Home Care & Hospice. The aforesaid Data Bank would reveal malpractice for potential employees and assist facility administrators in their hiring and consequently affect the standards of care.

As an attorney who regularly practices with the elderly population, I visit a lot of nursing homes. As a guardianship practitioner, I interact regularly with many professionals servicing the elderly such as nursing home administrators and geriatric care managers. Personally, I have spent many days and nights at hospitals and rehabilitation and nursing facilities for my own parents. As is the case with one’s health care, it is imperative that you learn to advocate for your needs. The problem is that those in facilities are often too sick or too intimidated to speak up for themselves. For those lucky enough to have involved friends and family, the risk of being abused or mistreated is lessened by the mere fact that they have someone present to speak for them. Additionally, would-be predators are likely aware of the patients who receive visitors and who have involved family members.

Elder abuse, however, does not just occur in facilities. It also occurs in the home. Relatives and close friends often gain access to bank books and financial accounts and take advantage of a vulnerable person’s assets. Financial scams abound wherein the elderly are lured into investing in businesses that do not exist or do not provide that which they promise. Unfair annuities and reverse mortgages are pitched at lunch events targeted toward senior citizens, eager to connect with someone or something. Savings are often divested and the reporting of these actions is low.

Sometimes the abuse is at the hands of home health aides who insist on or help themselves to gifts as a result of their “care” of the patient. In many cases, the abuse extends beyond the patient’s life, when last wills and testaments are revealed naming health care aides or others as beneficiaries, much to the surprise of family members.

New York’s PROTECTS Act is a good step towards increasing protections for the elderly and long-term care patients. Other states have made similar endeavors. From a macro perspective, it is imperative that we keep the elderly a part of our greater communities. They fall prey to abuse when they are isolated. There are many seniors who do not interact with anyone outside of their residence. Similarly, there are many who do not receive any visitors when residing in a facility. Keeping seniors a part of our society, along with proactive legislation to protect against predators who abuse in a myriad of ways, is just a start to reducing the rate of elder abuse in our country.

Full Article & Source:
Proactive Legislation And The Inclusion Of Seniors In Our Society Are Steps To Protecting Them Against Predators
Posted by NASGA