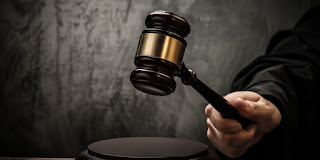 HOUSTON - The Honorable Judge Michael Newman turned a blind eye to the alleged estate trafficking and elder abuse of a 91-year-old woman who was under a court-appointed guardianship when she died, according to an amended complaint submitted by her physician daughter.

“The temporary guardian [Dana Drexler] stated publicly that her goal was not to return Hattie Owens to her home as promised but to put her in a nursing facility and sell her house with attached attorney fees,” stated Dr. Sheila Owens Collins in her revised Feb. 5 lawsuit. “Judge Newman aided and abetted this scheme by approval of excessive fees and fees that were for personal use by the temporary guardian.”

As previously reported, Owens Collins named Harris County Probate Judge Michael Newman in her complaint filed in the U.S. District Court of the Southern District of Texas, alleging he violated her mother, Hattie Owens’ rights under the U.S. Constitution and the Americans with Disabilities Act.

“Judge Newman refused to allow testimony on the specific lack of performance of job responsibility that was attached to the contest of the fee schedule,” Owens Collins wrote in her complaint. “He expressed a greater interest in protecting Associate Judge that presided at the start of the guardianship proceeding, which severely hampered mounting a sufficient argument that the fees should not be paid.”

The physician executive daughter further accuses the Honorable Judge Michael Newman of recklessly awarding without justification some $90,000 to the court-appointed guardian and attorneys who allegedly looted her mother’s estate with excessive legal fees.

“The defendant recklessly approved all of the fees and closed the guardianship without giving notice to the plaintiff, leaving unsettled bills and without providing findings of fact and conclusion despite two requests, which decreases the transparency and trust in the judicial system by the lay community that it supposes to serve,” Owens Collins stated.

Among the causes of action are violations of the federal Racketeer Influenced and Corrupt Organizations (RICO) Act, which includes abuse of the vulnerable, and violations of Canon 1 and 2 of the Texas Code of Judicial Conduct upholding the integrity and independence of the judiciary and avoiding impropriety.

“There was important evidence [the Defendant did] not allow to be presented,” Owens Collins alleges. “Dana Drexler was the most toxic and sociopathic of the appointed attorneys. There was a conflict of interest as [Drexler] is a former board member of Adult Protective Services, which was investigating the plaintiff for false allegations made by her niece, Aisha Ross.”

The Texas physician isn’t the first to sue over the court-appointed guardianship of an elderly or disabled individual. Other plaintiffs in Texas as well as plaintiffs in Florida, Michigan, Pennsylvania, Nevada, California, New York, North Carolina, and Ohio have increasingly cried afoul in recent years. In response, U.S. Representatives Darren Soto, Charlie Crist, and Gus Bilirakis of Florida as well as Debbie Dingell of Michigan introduced HR 4174 in 2019 to assist states in guardianship oversight but the bill was not enacted into law.

“Attempts to promote good health and well-being by the plaintiff for her mother were communicated to the tribunal as interference and evidence of unsuitability,” Owens Collins said. “As a guardian, the extent that Dana Drexler went to paint this false narrative is nothing short of pathological.”