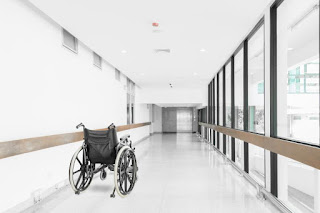 The Senate has okayed a bipartisan bill that allows nursing home and long-term care facility residents and their families to install cameras in their rooms to prevent abuse and neglect.

Sponsoring Sen. Nickie Antonio (D-Lakewood) said 11 years ago, the family of 90 year old Esther Piskor was concerned about her quiet moods and unexplained bruising they saw in their visits to her northeast Ohio nursing home.

“Her family then placed videocameras in her room and caught horrific footage of her being assaulted by health care professionals," Antonio said on the Senate floor. "Unfortunately, this is not unique to Esther.”

Antonio said the state got more than 19,000 reports of elder abuse, neglect and exploitation in 2018, the most recent year for which stats are available.

The bill named for Esther, sponsored by Antonio and Sen. Andrew Brenner (R-Delaware), would allow a resident’s family to put up cameras trained on that resident, with permission from a roommate if there is one.

The bill requires that the resident’s family pay for installation and removal of the camera, which will be trained on the resident, as well as secure permission from a roommate if there is one. And it says a facility can’t discriminate or retaliate against those who use cameras.

“Esther’s Law, we believe, can provide families peace of mind by allowing them to check up on their elderly loved ones. COVID-19 pandemic further highlighted the necessity of this legislation when in-person visits were not even possible.”

Unfortunately, a sub bill was introduced last minute with major changes that now give major concerns if this bill will truly do what is intended. We are working to get clarificiations on this new wording. It appears the new wording does not include assisted living facilities, only nursing homes. It also has replaced a set procedure to install cameras with a very loose wording of if and may's instead of the words shall in the first version of the bill. Last minute changes like this are not well explained and many do not understand this new wording gives a bill like this a whole different meaning many times. This is a complicated process and we hope to help all understand these last minute changes that can really change the original intention of a bill. Paula, Elderly Advocates.