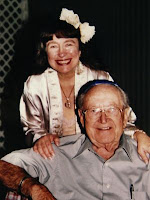 An Indiana family is accusing a Bradenton elder advocate of gaining legal control of the care and assets of a relative without the family’s knowledge or consent.

Beverly and Lawrence Newman, of Indianapolis, are challenging the guardianship of Beverly’s father, Al Katz, which was granted to Aging Safely Inc., on Sept. 22 in Manatee County Circuit Court.

Katz, an 89-year-old who gained local recognition for speaking to schoolchildren about surviving the Holocaust, was taken to Blake Medical Center in early September due to “confusion, agitation and bronchitis,” according to court documents filed by Aging Safely.

That set in motion a series of events that led to Aging Safely applying for, and being granted, emergency temporary guardianship of Katz by Manatee County Circuit Court Judge Janette Dunnigan.

But Beverly Newman, Katz’s eldest child, claimed in court documents she and her husband were his “regular caretakers” from 2002 to 2008. The Newmans have filed a motion to vacate Aging Safely’s guardianship because they weren’t informed of the emergency hearing nor listed as next of kin in Aging Safely’s petition to the court.

We hear all the time about criminal convictions getting thrown out on a technicality - that's what we have here.

The daughter should have received notice and had the opportunity to respond.

The guardianship should be vacated and Aging Safety should give up without causing Al Katz additional fees. Step aside Aging Safety!

I imagine there were even more law violations in the initial proceedings of this "guardianship".

The bottom line to the judge should be that an error was made and Beverly and Lawrence Newman are here and ready to take over Al Katz' care.

The guardianship is not necessary and should be voided.

"Temporary guardianship" is really a misnomer. Once they've got their hooks into your loved one, they're not going to let go.

Judge Janette Dunnigan has a chance to make this right and I hope she takes it.

I hope this family finds and joins NASGA.

The court rolled right over the family and due process as well.

It appears the Newman family was shunted aside in an effort to guaridianize Katz.

It could all be done without extensive litigation, but you can expect that's not what the guardian and the lawyers have in mind.