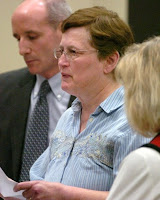 Janet Unger figures the rift in her family will never be repaired.

After her sister was accused of wrongly taking more than $100,000 from her elderly parents' savings, their relationship disintegrated.

"My reaction was: Someone had shoved a sword through my chest," Unger told a judge Monday before her sister, Eloise Russo, was sentenced for embezzlement.

"Eloise has been secretive, deceitful, evasive and manipulative," Unger went on to say, urging jail time. 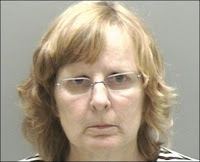 Russo, 53, did not get jail but instead was ordered to serve 200 hours of community service and placed on two years probation in Ottawa County Circuit Court. She'll have to pay restitution as determined by a probate judge.

Russo was appointed guardian to her parents, Tom and Ada Sherwin, of Hudsonville, in early 2007. Relatives claim the Sherwins had life savings of $279,000 at one point, but now it's substantially depleted.

Full Article and Source:
Woman Urges Judge To Give Sister Jail Time for Taking More Than $100 Thousand From Parents

Email ThisBlogThis!Share to TwitterShare to FacebookShare to Pinterest
Labels: Michigan

I am sorry, Janet Unger. I understand exactly where you're coming from. You want accountability and 200 hours community service with 2 years probation for Eloise Russo isn't accountability.

I'm glad to see her held accountable and think all who exploit the elderly should be. Lawyers, judges, professional guardians, conservators, etc. they should all suffer the same consequences for abuse, neglect and exploitation. Currently the system in place generally only holds family members accountable, so sad.

You did your best, Janet. You gave it all you had in your parent's defense.

ALL guardians who steal should go to prison (after a proper hearing of course!). ALL GUARDIANS, be they family or the "pros".