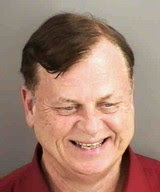 A disbarred New York attorney who stole more than $6,000 from two clients’ escrow accounts has been suspended from practicing in Florida and ordered to close his North Naples office.

The Florida Supreme Court ruling was handed down Dec. 14, but the suspension wasn’t effective until 30 days later so he could close his firm. The order was made public Jan. 29, when The Florida Bar published its list of disciplined attorneys.

The court made its ruling after The Florida Bar received a Nov. 30 notice about his indictment and sentence in New York. Authorities there tracked him to Naples, where he was arrested in November 2007.

New York Supreme Court records show Gramer was suspended on Oct. 26, 2005, due to his “serious physical illness and resultant medical disability,” and all pending disciplinary proceedings were stayed until further order. The court ordered a medical examination to determine whether he could practice law. If the medical expert determined he was incapacitated, the order said he would immediately be suspended and his clients’ files would be inventoried to protect them.

Full Article and Source:
N. Naples Lawyer Suspended Due to Thefts in NY"
Posted by NASGA

Atty Gary W. Gramer, 63 was susupended in 2005 for his "serious
physical illness" and orders stayed until the IME completed. A serious 'physical' illness wouldn't preclude Gramer from practicing law. More like the Judge wanted to 'protect' Gramer's reputation by covering up his mental illness by penning 'physical' illness with an IME to follow up then fogot about it allowing Gramer to go on and commit more crimes.

You know, if a lawyer is disbarred for cause in any state, that disbarrment should follow him/her and he/she should not be allowed to practice in any state.

Another lawyer with a "license to steal" bites the dust!

There is reciprocity between te state Bar orgs, but the wheels of justice - you know the saying.

There was case in NY-NJ that took ten long years because there were BIG interests behind the scenes.

there is a school of historical thought out and about which asserts that "the missing 13th amendment" --- the period preceeding and following the civil war --- precluded the "esquire" from citizenship in this country.

Could you imagine .... a land without lawyers .... where common law was common sense --- instead of the procedural rules they call law today ....

google up "the missing 13th amendment" for an interesting read. The researcher I read was named Dodd --- kind of a long read but worth it ...

Integrity is something you either have or you don't. Yes Thelma, another one bites the dust!