The goal of the Aging Summit held last week in Columbus was to foster more interagency collaboration to enhance the safety and well-being of older Ohioans.

The topic of elder abuse, growing across the nation, is close to the heart of one Ohio advocate from Mentor who spoke to CGE on it. 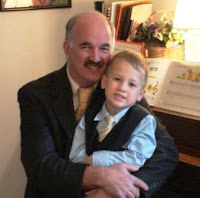 Tom Fields has become an outspoken advocate for a protocol he says would do much to stop the growing scourge of abusing the elder when they are at their weakest. Fields' interest in helping the elder fend away lawyers and others who are more like vultures than angels came about through a sequence of events related to his father. Fueled by his experience with his father, Fields offered an ABC News 20/20 video that shows what can happen when a lawyer and beneficiaries present a new will to a sick, elderly women in her hospital bed and ask her to "make her mark."

The short video shows Mary Ellen Bendtsen, 88, a wealthy elderly woman in Dallas who was not mentally competent to sign a new will presented to her, sign it anyway.

Fields argues that the video demonstrates a need for a good protocol that not only makes clear what questions need to be asked but who should ask these questions, how and when an interview should be conducted and how the answers to these questions should decide the validity of the document in question.

If a protocol he has asked the Ohio Elder Abuse Commission (OEC) to consider with regard to wills, deeds, trusts, power of attorney and other financial and legal documents existed, Fields says the attorney in the ABC video could have used it as an argument for why he shouldn't have been disbarred and indicted on criminal charges, as happened.

"It is in the interest of all legitimate parties that such a protocol be required under circumstances like that captured in this video report," Fields wrote in an email to CGE about a public comment he made to OEC a year ago September that asked the OEC and others "to develop and require a reliable protocol for use in circumstances like that confronted by the 20/20 report."

Fields told CGE that such a protocol would provide safeguards against attempts by person who exert undue influence over a testator to incorporate professionals such as doctors, lawyers, or accountants into their efforts to control the individual.

Fields points to reports by the National Association to Stop Guardian Abuse as proof of the growing scope of the problem. He report that he has received "promising initial responses from some lawmakers to my phone calls and e-mails," but cautions that "I understand that these responses are only preliminary and at this point do little more than demonstrate good intentions."

Beyond protocols for undue influence, corrupt probate judges may not honor wills, trusts and advance directives in guardianship cases.

I suggest that these documents be videotaped during execution, and that you ask your lawyer in advance if he/she will be there to support you if the documents are later challenged, and to make sure that they are subjected to a full due process hearing, if challenged.

Thank you Tom. You are indeed a true advocate!

I have not studied the proposed protocal in detail but what I have seen sounds like a good idea.

I saw the Mary Ellen Bendsten episode and it was clear to me that she was acting under undue influence.

It was hard to watch.

Yes, not only the questions are important but who is asking them.

Old folks are quick to please. If they're having memory problems, they try even harder to please. And if they are being asked by someone in a suit, that makes a difference too.

Thank you Mr. Fields for your continued push for change.