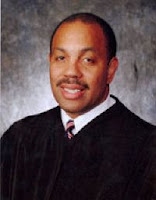 One of the judges Gov. Ted Strickland appointed to the Cuyahoga County bench was arrested in September as part of a federal probe into wide-ranging political corruption among Cleveland-area officials.

Another Strickland-appointed judge, in Franklin County, is confronting tough ethics questions about appointing family members to jobs despite rules against nepotism.

Both Judge Steven J. Terry of Cuyahoga County Common Pleas Court and Judge Alan S. Acker of Franklin County Probate Court were vetted by a panel that Strickland established shortly after taking office in January 2007. The Ohio Judicial Appointments Recommendation Panel was one of Strickland's signature initiatives "to restore trust and integrity in Ohio's government" when the Democratic governor took office after Republican scandals.

Strickland's aides say Terry and Acker are isolated cases among the dozens of judges the governor has appointed to vacancies since 2007. The vetting panel is doing its job, Strickland's office insists.

"With only two of the nearly 50 appointments generating headlines beyond their cases, it seems unwarranted to blame a system that has worked well and is far better than the Republican patronage selection process," Strickland spokeswoman Amanda Wurst said in a statement.

Full Article and Source:
Screening for Judicial Posts Under Fire
Posted by NASGA

This is an important article. We all need to be concerned about how judges get to the bench, whether they be elected or appointed. The judge is the most important office anyone can ever deal with.

Are judges ever given competency tests?

The judge in my case is rumored to be bi-polar. What's he doing on the bench then? And who's watching to be sure that judges who are on the bench are themselves competent?