State lawmakers learned Tuesday that attorneys are afraid to complain about some Tennessee judges, fearing retaliation from the judicial system. They also heard stories about judges refusing to step down from cases even though those judges had conflicts of interest. 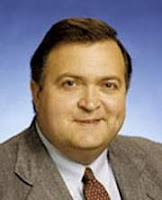 The revelations stunned state Sen. Dewayne Bunch, R-Cleveland, who is chairman of a committee that is studying Tennessee's system for investigating complaints against judges and disciplining judges.

The Court of the Judiciary is a 16-member panel of judges appointed by the Tennessee Supreme Court that hears complaints and decides the proper punishment — if any — for judges. Critics have called for more transparency in how judicial complaints are resolved. Most of its records and deliberations are kept secret unless formal charges are pursued.

Middle Tennessee attorneys Connie Reguli and Jim Roberts said they had been retaliated against for asking a judge to step down on different cases.

Roberts and Reguli said retaliation took the form of their cases being dismissed, accusations of civil contempt and complaints filed against them with the Board of Professional Responsibility — the body that disciplines lawyers in Tennessee.
Court of the Judiciary Presiding Judge Don Ash said most of the issues raised Tuesday were unproven allegations, and he said he is confident most judges behave. He also expressed confidence in the Court of the Judiciary to correct those who don't.

Full Article and Source:
TN Attorneys Say They Fear Retribution if They File Complaints Against Judges

So what else is new?

I think this would the case nationwide. Will be interesting to see if any real change comes from the inquiry.

Judicial retaliation has been going on forever. I am glad to see lawyers stepping up and saying it outloud, though.

It's refreshing to hear the truth being released picked up by the media even if it's one small step forward.

Good point, Iz. Sometimes these concerns are made public as an offering per say. Nothing really comes of it. Let's hope that's not the case here.