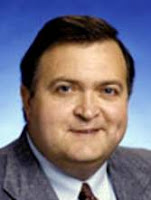 Lawmakers are poised to consider sweeping changes to the Court of the Judiciary, the 16-member body that investigates and disciplines Tennessee judges.

Members of a state Senate committee appointed to study the Court of the Judiciary want more of the disciplinary panel's work made public.

Of 344 complaints leveled against Tennessee judges last year, only one resulted in a public reprimand, according to the court's most recent annual report. Most of the Court of the Judiciary's work is conducted in private.

Some lawmakers also want the Tennessee Supreme Court stripped of its authority to appoint 10 of the Court of the Judiciary's members. Three other members are appointed by the Tennessee Bar Association, and the remaining three are chosen by the governor, speaker of the House and speaker of the Senate.

The Senate committee completed its review Thursday. Legislation is expected to be submitted to the Senate Judiciary Committee when the General Assembly meets in 2011.
Tennessee is not alone in handling judicial complaints privately. Thirty-three other states keep complaints against judges private unless formal charges are filed after an investigation, according to the American Judicature Society.

Oregon is the only state that makes judicial complaints and investigations public from start to finish.

If the law is written in the public interest all records should be public.

Discipline records should be public in the public interest.

I understand Oregon is the only state with open records. I wonder how their discipline records compare with the rest of the states.

You don't really know who you're voting for if you're not allowed to see the discipline record.

Now's your chance Tennessee. And we're all watching!

Take a hard look at the story right below this, State of Tennessee.

You can start cleaning up the judiciary by cleaning out Randy Kennedy.

All State Employee records are public records. Citizens are just gullable to believe Judges when the board says they are closed records .......... that would make judges and attorneys the only protected class of state workers.