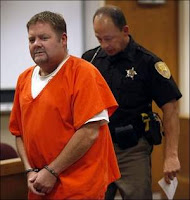 The court will not hire an attorney for a former guardian accused of stealing hundreds of thousands of dollars from disabled and elderly clients.

Outagamie County Court Commissioner Maureen Roberts Budiac told Jeffrey M. Schend at an indigency hearing Thursday he has too many assets to qualify.

Schend, 44, told Budiac that his only assets are a boat, a car and about $1,000 in a bank account he can’t access. He said his family is trying to sell the boat and car to pay for an attorney.

Budiac said Schend can ask to postpone his June 15 preliminary hearing if he’s unable to hire an attorney by then.

The biggest transaction unaccounted for among Schend’s Outagamie clients involved a trust account worth almost $168,000 when it was closed in 2010. The money was transferred to JMS. In another case, JMS did not document where nearly $145,000 from a client’s two certificates of deposit was spent after the accounts were cashed out in 2010 and transferred to JMS accounts.

Investigators continue to pore over the records of Schend’s former clients.

Email ThisBlogThis!Share to TwitterShare to FacebookShare to Pinterest
Labels: Wisconsin

How does it feel to have you hands tied, Jeffrey Schend?

Hey, maybe you're getting some insight into how your victims feel!

The more this corruption is reported on the better it will serve this county's citizens. Thank God for those who catch these heartless criminals and thank God for those who are reporting on it. Wish I knew the ins and outs of how this guy was caught. It may give all an idea of how to go after the heartless criminal victimizing our loved-ones. I know my brother had $167,---.00 and has not seen a cent in the ten years they have been victimizing he and his family. How was this criminal exposed? Thank you for informing the public of this kind of crime. The more we know the better future we can secure for all Americans.

Boo hoo Mr. Schend hold on while I get my box of Kleenex you should have been honest then this would not be happening to you.

"Allegedly" Taking advantage of your wards while in you are in a very special position the court trusting you, appointing you to protect and perform your duties in the best interest of your wards requires the harshest treatment and no mercy punishment.

Now, it's your turn to live your days stripped of all you own. I hope your stuff is auctioned off just like the wards personal property.

If this is KARMA then so be it but I have a feeling more KARMA is coming.

Applause to the investigators, the prosecutor and deep appreciation to the press for staying hot on this case.

See the thing is these so called fiduciaries guardians public guardians conservators the warm fuzzy names they give these people who are in a business connected the the courts.

Lets call it what it is, this is this is an INDUSTRY that is growing at an alarming rate as the population ages this is money in their pockets for profit.

Ifind it amazing that everything is regulated down but the guardianship industry is left to oversee themselves.

Anybody see anything wrong with this picture?

Anyone who thinks this is on the up and up care to volunteer themselves to be declared a ward of the state?

What did this waste of space do with all the money he stole? Hide it?