I got a phone call from State Sen. Edith Prague D-Columbia who represents the 19th Senatorial District where I live, and therefore, where my mother lives, telling me the bill we refer to as Ella’s Law, after my mother M. Ella Winter, has become law. Sen. Prague, or Edith as I like to call her, befriended my mother a few years ago when Mom was locked in a series of legal battles with my out-of-state siblings and their spawn who wanted to institutionalize her. 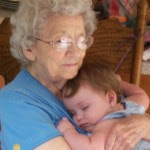 Mom won the major legal battles, but then was subjected to a series of complaints that were initiated in New York, Florida, Pennsylvania and Massachusetts, all falsely alleging that she was being abused in Connecticut because she wouldn’t call the people in those states who had tried to institutionalize her.

The complaints went on for more than a year and included other forms of harassment, but what they really accomplished was exposing a major weakness in Connecticut’s elder abuse system. So, late last year, after the elections, after Sen. Prague, Edith as I like to call her, was re-elected, she convened a task force to do some rewriting and new writing to fix the law.

The work was done, hearings were held, testimony was gathered, pros and cons were considered, and ultimately we have what now is referred to as Public Act 11-224. The act will go into effect on Oct. 1, 2011 and from then on we expect regular reports of overcrowded jails as scores of criminals and other low lifes attempt to rob the poor and stuff the pockets of the rich.

From now until then, should any cases of elder abuse through false complaints surface, we’ll just have to rely on good old-fashioned vigilantes.

And the good news is... false reporting has been made a Class A misdemeanor and the Commissioner's duty to investigate and take action has been clarified.