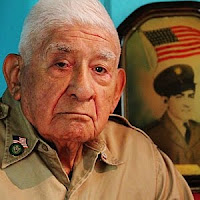 Last month Guadalupe Olvera, 93, rode in the Aptos Fourth of July parade. A survivor of the Battle of the Bulge, Olvera cruised through town in a vintage World War II jeep with his fellow VFW members. They waved at the families lining the streets, who saluted from the sidewalk and shouted, “Thank you for your service!”

It was a lovely day, but it’s been a long road for Olvera and his family to the Aptos parade. For most of the last three years Olvera and his daughter, Rebecca Schultz of Aptos, have been entangled in a messy and expensive guardianship dispute with his court-appointed guardian, Jared Shafer, a professional guardian and fiduciary who operates a business in Las Vegas.

Guardianship, also referred to as conservatorship, is a legal process where a judge appoints a third party individual to care for a “ward,” usually an elderly or disabled person. The guardian takes direct control over the ward’s life, both personally and financially. The guardian is often responsible for big decisions such as where the ward will live, who is allowed to visit with the ward and even whether to continue with life-support systems.

But the three-year dispute with Shafer wasn’t over the finer details of Olvera’s care. It was over who was entitled to serve as guardian of him and his nearly $1 million estate: Shafer or Schultz, Olvera’s only living child.

Schultz, an artist given to impassioned exclamation over injustices, sees more than a troublesome series of lawsuits for herself over the course of the ordeal. She sees at best a system weighted against families and at worst a conspiracy to steal from the elderly, sanctioned by Nevada courts and overlooked by the federal government. 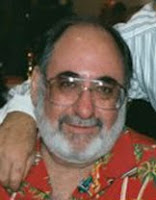 She claims that Shafer has stolen outright from her father, saying that a year’s worth of Olvera’s carpenter pensions and social security payments are missing and have “never been accounted for.”

Jerad Shafer sounds like a real piece of work. The court should have taken away his fiduciary license long ago.

It really gets my goat to see Veterans taken advantage of. Lupe Olvera is a Veteran and Jerad Shafer should be ashamed of himself.

I googled Jerad Shafer and the results are scary. Why would any court put Shafer in charge of any human being? The fiduciary screening process needs a complete overhaul.

These people who abuse their positions of trust do not have shame they do not have a conscience it's about enriching themselves all in the name of protection.

This pattern evolved over time what began as a system with good intentions was turned into a profitable business with their eyes on the baby boomers.

One would think there would be protections for Veteran's not the case it's open season they are a $ sign in their old age.

Very well written article and my heart bleeds for Mr. Olvera. I am so sorry this happened to him and at the same time, he's a lucky man to have a daughter who is so good to him and a fighter too!

I suggest everyone click the source link and read the entire article. What Mr. Olvera and his daughter have been through at the hands of Jared Shafer is a nightmare.

I wish I wasn't so angry, but when I read stories like this, of innocent and vulnerable people preyed upon by the greedy and powerful, it just makes my blood pressure boil and I just want to shout.

I agree Betty though. This victim is lucky to have a daughter who won't give up until her Dad gets justice.

Rebecca, what a brave person you are. You have my respect and admiration.