A Tucson couple was arrested Tuesday on felony charges alleging they physically abused three vulnerable adults who were living with them. 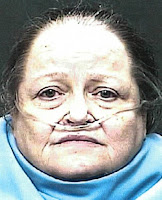 The Arizona Attorney General's Office began investigating Pamela Gertrude Rasley, 61, and Edgar Lavelle Rasley, 65, when neighbors called 911 to report two mentally challenged people were forced to spend their days outside, regardless of the weather, said Assistant Arizona Attorney General Jesse Delaney.
An investigation revealed the man and the woman were not allowed to eat inside the home or use the bathroom facilities, Delaney said. They were permitted inside only to sleep.
In addition, investigators learned a blind relative of the couple was being physically abused, Delaney said. 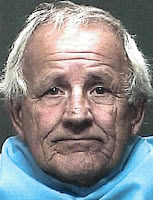 The Rasleys are each charged with three counts of vulnerable adult abuse/domestic violence, which is punishable by probation or a prison sentence of up to 3 3/4 years.
The criminal complaint alleges the couple placed the victims in a situation where their health was endangered from Sept. 1, 2010, through Aug. 6.
All three alleged victims are now living in a safe environment, Delaney said.

A preliminary hearing has been scheduled for Dec. 10.

I am glad the victims survived this horrific abuse. Pamela Gertrude Rasley and Edgar Lavelle Rasley should suffer the stiffest punishment. 3 3/4 years sounds like just a good start.

Thank you for posting NASGA!

It will never cease to amaze me how cruel people can be.

I think the penalties should be increased.