A Galveston County judge has been indicted on eight criminal counts charging him with abuse of office, including retaliation against the attorney representing the judge's wife in a divorce case. 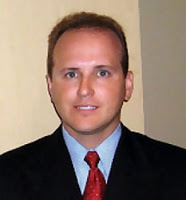 The indictments, presented to state District Judge Kerry Neves by attorneys from the Texas Attorney General's Office on Wednesday, accuse County-Court-at-Law Judge Christopher Dupuy of two felony counts of obstruction or retaliation, two misdemeanor counts of official oppression and four misdemeanor counts of abuse of official capacity. If convicted on any count, Dupuy would be automatically removed from office.

Dupuy could not be reached for comment and a spokesman for the attorney general declined to discuss the case.

The indictments offer few details, but they were presented only hours after a Galveston County attorney filed a civil lawsuit seeking the judge's removal from office. The petition for removal accuses Dupuy of failing to obey an order from a state appeals court, abusing his authority by retaliating against attorneys and threatening the district clerk while attempting to interfere in Dupuy's own divorce case.

Interfering in his own divorce case. What a lot of nerve these judges have!

I am sure that there are a lot of Judges abusing their power! Judges need to have more oversight! And more of them need to be caught and thrown out of office! That is the only way to keep Justice in our country.

He really looks too young to be this corrupt. Too bad.

@NASGA: IMPORTANT - It appears that your headline & linked blog article info. is inadvertently reversed. Your article states Judge Kerry Neves Indicted, when it actually should reflect Judge Christopher Dupuy Indicted. District Judge Kerry Neves is the Judge where the indictments where presented to, by the Texas Attorney General's Office. I know you would want to correct. Regards.

A resounding THANK YOU to our friends at Elder Abuse Financial Exploitation and Fraud Awareness for finding our error and reporting it to us.

We apologize deeply to Judge Neves for our inadvertent error and we have completely deleted the post (as the URL doesn't change with a title correction) and then copied/pasted the comments to this new posting.