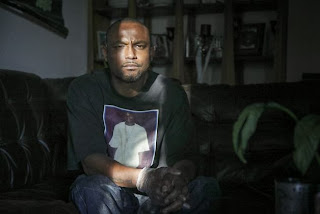 Maurice Rowland knew that the closure notice stuck on the front door of his workplace meant the assisted-living residential facility was to be closed Thursday night because of a license revocation.

But why, he wondered, were 19 of the center's 32 residents still there - some with Alzheimer's, others with what he believed to be schizophrenia, all of them hungry and wanting dinner.

Almost all the caregivers had left. The manager and owners were nowhere to be found. Rowland was the cook, hired three months earlier to prepare meals for the residents at Valley Springs Manor in Castro Valley.

"I didn't know what was going on, but I couldn't just leave them there," Rowland said Tuesday from his Hayward home. "We had built a friendship. So I did the best I could."

Over the next 40 hours, Rowland and two caregivers - none of whom had been scheduled to work or asked by management to stay - frantically cooked, cleaned and bathed the residents, gave them their medications, and helped them in and out of their beds and wheelchairs. But they were in over their heads, and there were medication foul-ups. Residents became ill, and Rowland and the caregivers called 911 six or seven times, he said, before emergency responders finally took the last of the residents Saturday.

This is an example of just what percentage of people care about other people in America, as opposed to those who say they care. Talk is cheap, legitimization of abandonment is endless.

Out of the tragedy comes some stories of real heroes.

Thank you to those caring people.

I am sure we've not heard the last on this story or we shouldn't at least. The people that stayed will always be grateful they did. Heroes all of them!

Deep gratitude and appreciation to every one of the volunteers!