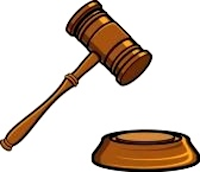 COLUMBUS, Ohio — A court was wrong to appoint a guardian to make medical decisions for an Amish girl whose parents stopped her chemotherapy against doctors’ wishes, and the guardian should be allowed to resign, the family’s attorney said in court filings this week.

The lawyer for Sarah Hershberger’s family argued for a reversal of the appointment in a filing in their state court appeal.

Ohio’s guardianship statutes appear to let courts substitute their judgment for that of suitable parents while ignoring the parents’ ”moral and constitutional interests,” Maurice Thompson wrote in his filing with the Ninth District Court of Appeals in Akron. The court should take a narrower view that limits such second-guessing and is consistent with constitutional safeguards of their rights, he wrote.

To do that, the court must hold “that the decisions of suitable parents may not be attacked by anyone anytime in an Ohio Probate Court, and that these careful and gut-wrenching life and death decisions cannot be second-guessed and overruled where the parents are suitable, and simply seek to try a less invasive treatment first,” wrote Thompson, who leads the libertarian 1851 Center for Constitutional Law in Ohio.

Clair Dickinson, an attorney for guardian Maria Schimer, said Thursday that he will submit a response to Thompson’s filing later, but he declined to reveal what it might say.

Hershberger and her parents fled their Medina County home more than two months ago so she wouldn’t be forced to resume chemotherapy for her leukemia. Instead, they decided to use natural medicines, such as herbs and vitamins.

The Hershbergers shun many facets of modern life and are deeply religious. They have said they stopped chemotherapy not for religious reasons but because it was making Sarah too sick and they feared it could end up killing her.

I hope and pray the parents are successful. If they lose, the precedent that it's ok for hospitals to invade families continues.

There is no provision in the constitution, is there, for life or death decisions?

Why should a hospital make them instead of the parents?

Someone needs to get ahold of this girl and her parents and get her on the nutritional supplements she needs. We already know that vitamin C, in sufficient quantities, kills 50% of leukemia cells in pietri. It's not a secret. Vitamins B, C, D, probiotics and MSM sulfur are extremely effective in keeping cancers out of your life and curing what is there--within days and well before the first chemo appointment. Just continue to pray for her and her family they get this information.