A request for a waiver that would have allowed Rockdale County’s Probate Court judge to preside over an adult mental health court has been denied. 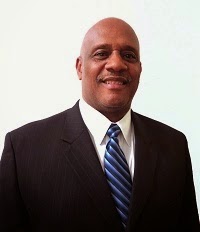 Probate Judge Charles K. Mays Sr. was notified in a letter from the Judicial Council of Georgia on Dec. 1 that the request was denied based on “failure to meet the requirement of ongoing judicial interaction.”
The letter goes on to point out that standards require that a Superior Court judge preside over felony courts or a judge from another class of court if that judge is designated by the chief judge of the judicial circuit.
Mays has been attempting to establish an adult mental health court for more than six months, even though he is not an attorney and does not qualify to preside over such a court. He initially applied in March for a grant of more than $360,000.
In a June 6 letter from Rockdale Chief Superior Court Judge Irwin to Rockdale County’s Finance Department, obtained by the Citizen through an Open Records request, Irwin wrote that the Probate Court in Rockdale County has no jurisdiction to operate an accountability court. Irwin also stated that he did not sign any grant proposal seeking funds for an accountability court.
According to the Judicial Council letter, in order to receive state appropriations for an accountability court, the court must be certified or have a received a waiver, for good cause, from the council.
Mays is embroiled in a legal battle related to his efforts to start and oversee an adult mental health court. Earlier this year he hired Freya Pearson as a consultant preparing grant applications for accountability courts, according to Pearson’s attorney, Michael Waldrop.
Full Article and Source:
Mental Health Court Waiver Denied for Rockdale Probate Judge Mays
See Also:
Probate Judge Troubles Continue
Posted by NASGA

This judge appears to be very controversial. I can't tell, but I wonder if he's doing the same thing the Kids for Cash judges did in PA?

How is it possible that no attorneys can be found to return to be free from conservatorship?