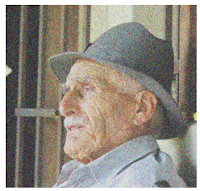 IS ANYBODY LISTENING?-The ongoing battle to restore the seven percent cut in IHSS hours provides a microcosm of the problems involved in fixing the long-term health care system in California for its most vulnerable clients.

This past January the state Senate’s Select Committee on Aging and Long-Term Care, chaired by Senator Carol Liu, issued a report titled, A Shattered System: Reforming Long-Term Care in California. Its authors concluded that seniors, the disabled, their families, caregivers and state and local governments suffer from a “costly and fragmented, ‘non-system’ of long-term care services and supports.”

A lack of political will has produced a dysfunctional system of services for the aging.

After a year-long program of research and hearings, the committee determined that continued reliance upon the existing patchwork of programs and services for the state’s growing aged and disabled population will result in “unnecessary expenditures, inequitable access and irrelevant services.”

Without pointing fingers at any specific political player, the senate committee emphasized there has been a lack of political will in Sacramento to address this growing problem for more than 20 years. And now, the state’s senior population is projected to increase from 5.1 million to 8.4 million by 2030, or one-fifth of California’s population. However, the study also emphasizes that the state’s current economic recovery has given California’s politicians the wherewithal to finally address this looming crisis.

The committee laid out a detailed plan of more than 30 recommendations for a wholesale restructuring of services and support for the aging and disabled populations.

These included taking all of the current programs for dependent adults, which are spread out among at least six major state departments, and combining them into a single, new “Department of Community Living” within the Department of Health Services. They also recommended creating a unified “Long-Term Care” plan to prioritize all of the assistance programs, and appointing a state-level health czar to oversee the effort.