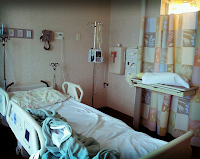 A guardian for a former Tybee Island nursing home resident has sued the home’s owners for damages stemming from an alleged rape of her incapacitated relative by a fellow patient at the residence.

The suit named owners and operators of the Oceanside Nursing and Rehabilitation Center on Tybee for damages in the Feb. 2 rape in the victim’s room at the facility.

The suit, filed last week in Chatham County State Court by Savannah attorney Brian Krapf, contends the woman was “physically and mentally disabled, and dependent upon the nursing home staff.”

“The rapist entered (the victim’s) room without being noticed, stopped, questioned or deterred by the Oceanfront nursing staff,” the suit said. “Lying in her bed… (the victim) was helpless and without the physical or mental abilities to defend herself or stop the rape.”

The Savannah Morning News/savannahnow.com does not identify victims of sexual assault or abuse.

An official at Oceanside declined comment Thursday on the suit.

The suit also contended that nursing home officials knew or should have known that the alleged rapist “was mentally unstable, had a past criminal history of rimes of moral turpitude and could be physically and sexually aggressive toward female residents and staff members,” the suit alleged.

It contends the rape “was preventable and would not have occurred if defendants exercised reasonable care to keep her safe from harm,” adding the defendants failed to monitor the alleged rapist’s “behavior of his whereabouts within the Oceanside facility.”

I hope this suit is successful. I would think one of the worst fears of living in a nursing home is the other patients who can freely come into the room, even completely unseen. Not only that, but criminals get old and they go to nursing homes, and the other patients and their families are not told of the possible danger.

Standup, you're so right. It must be frightening.