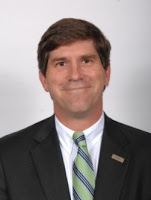 BLOOMINGTON — A year after they were accused of violating rules of judicial conduct, two McLean County judges remain months away from a public hearing on the allegations related to their personal relationship.

In a July 2014 complaint from the Illinois Judicial Inquiry Board, judges Scott Drazewski and Rebecca Foley were accused of engaging in an undisclosed extramarital affair during the time Drazewski presided over a trial involving Foley's former husband, Joe Foley, a Bloomington lawyer.
Both judges have denied the allegations outlined in a 13-page complaint.

In their motion to dismiss the charges, Drazewski and Foley argued in September that the state lacks any evidence to prove that their relationship affected Drazewski's ability to be impartial in any cases he handled.

Foley contends that the accusations contain no facts that she, or any other judge aware of the relationship, were obliged to report Drazewski's alleged misconduct.

Judicial Inquiry Board lawyer John Gallo said Thursday that the state and attorneys for the judges have been engaged in the discovery process and that a hearing date could be set when lawyers discuss the case in September.

The detailed complaint outlines how the judges allegedly allowed their personal relationship to influence their judicial conduct and judgment. Drazewski was cited for his alleged failure to disqualify himself from the proceedings involving Foley's husband.


Foley's rule violation came after she did not initiate disciplinary measures against Drazewski when she became aware of his conduct, the complaint alleges.

It is not unusual for the complaint process to extend beyond a year with the state Judicial Inquiry Board. A confidential investigation precedes the filing of charges and is followed by a lengthy discovery process that allows each side to prepare for a public hearing before the state Courts Commission.

The Judicial Inquiry Board will serve as prosecutor at the hearing. Drazeweski and Foley each face potential sanctions of a reprimand, censure, suspension with or without pay, removal or retirement from office.

The judges, who are now divorced from their spouses, remain on the bench.

The filing of a formal complaint against a judge happens infrequently in Illinois. Between 1972 and 2014, a total of 89 complaints have been filed, including allegations against six judges in the 11th Judicial Circuit that includes McLean, Ford, Woodford, Logan and Livingston counties.

Earlier this year, a state audit found that the Judicial Inquiry Board had a backlog of 311 pending complaints at the end of the 2014 fiscal year. Staff reductions left the agency struggling to deal with the more than 400 complaints forwarded to the board each year.  (Continue Reading)

It's probably in the judges' best interest to have the delay as they still get paid and their pension doesn't suffer.