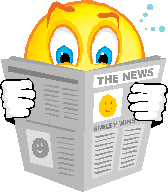 The charges against a former Davidson County prosecutor couldn’t be any more serious: that she sent a text message offering $20,000 to get a potential opponent to drop out of a judicial race. In a time when faith in our election system has already been shaken, we should at least be able to trust law-enforcement officials to run crime-free races. But now a former prosecutor faces prosecution.

Terry had worked for 10 years as an assistant district attorney in the prosecutorial district that covers Davidson and Davie counties. She was the prime contact for Project Safe Davidson, a collaboration between the district attorney’s office and law-enforcement to crack down on chronic violent offenders and reduce recidivism. Her boss was District Attorney Garry Frank. He’s known as an unflinching crime fighter, no matter who the suspect might be.

In late July, he put Terry, the wife of a Davidson District Court judge, on administrative leave as he requested an SBI investigation of her actions. She resigned Tuesday. The N.C. Administrative Office of the Courts appointed Tom Horner, the district attorney for Alleghany, Ashe, Wilkes and Yadkin counties, to handle the case.

The case turns on the 2016 race for a Davidson Superior Court seat now held by Theodore Royster. Terry wants the seat. So does Lexington attorney Jeffrey Berg Jr., who is married to Judge April Wood of Davidson District Court.

The indictment alleges that Terry sent a July 23 text message to Wood, offering to contribute $20,000 to her campaign if Wood convinced her husband to drop out of the race for Royster’s seat. Terry is limited under state law to giving $5,100 to a candidate’s campaign.

The indictment charges that she also attempted to get Berg to run for a district court seat by offering to pay his filing fee.

What’s stunning about the indictment is that it alleges that a seasoned prosecutor committed a clumsy crime. As in so many other situations, in an age when everyone should know that everything you put in cyberspace can come back to bite you, a text message seems to be at the heart of this case.

We trust that District Attorney Horner will handle this case firmly and fairly.

Terry, as she well knows, is presumed innocent unless proved otherwise in a court of law. But if she is convicted, the judge must treat her just as he would any other defendant, mandating a punishment that is no more or no less than any other defendant would receive.

The sad thing is that this defendant was a prosecutor.