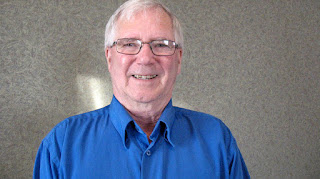 A new five-year plan to reduce and eradicate abuse of seniors in the Northwest Territories is set to be published.

The NWT Network, an organization working to prevent elder abuse in the territory’s communities, presented a draft of its strategy earlier this week.

The document lists 20 actions to be taken by 2020, including a call for more training and support for communities; the creation of plain-language information for elders on the help available; training for front-line government and police staff; and a centralized elder abuse database.

“Since we’ve started working on this problem, we’ve had more and more examples coming out of the woodwork. Some of them are not very pretty,” said Leon Peterson, president of the NWT Seniors’ Society, which worked with the NWT Network on the strategy.

Research published by the NWT Network in February identified financial abuse – stealing money or pension cheques, or similar – and neglect as the two most common issues facing seniors. Of more than 600 seniors surveyed, one in four said they had personally been abused.

“A lot of people put up with the abuse and say nothing about it,” Peterson told Moose FM. “There are many different examples – they [family members] want cigarettes, they want money, they keep badgering.

“Maybe they’re going to stop bringing the grandkids round to see you. There are many kinds of abuse.

This week’s strategy, reviewed in draft form at the annual meeting of the NWT Seniors’ Society in Fort Smith, recommends a focus on four areas: public engagement, education and training, community responses, and policy and legislation.

As a key priority, the NWT Network wants to train more people in communities to be aware of elder abuse and means of tackling it.

“One of the big things is education, and being able to identify it and do something about it,” said Peterson.

“Getting people in the communities where it’s happening working on it, solving the problem. And it’s not an easy problem to solve.”

It’s not clear where the funding will come from to achieve some of the strategy’s objectives regarding more training and community support, but Peterson said the territorial government has a “good working relationship” with the society.

The NWT Network hopes its strategy will build community capacity to deal with abuse of seniors, strengthen policy to protect vulnerable adults and ensure more elders live in safe and secure homes.