Dead lawyer's family gets to keep his illegal proceeds 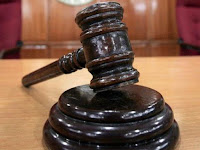 The ill-gotten proceeds of a convicted pension fund lawyer will go back to his family – not  Detroit retirees – because he died while appealing his conviction, a federal judge ruled today.

Citing a legal doctrine that forgives the dead, U.S. District Judge Nancy Edmunds erased everything that had to do with the criminal case of pension fund attorney Ronald Zajac: the guilty verdict, the indictment, and the forfeiture order that required Zajac to surrender $150,000 of his ill-gotten gains after a jury convicted him of conspiracy in a bribery scheme that cost the city’s pension funds $200 million in losses.

Edmunds ordered the $150,000 be returned to Zajac’s estate, citing a so-called abatement principle that treats convicts who die pending appeal as  “if he never had been indicted or convicted ” and any “criminal injuries or wrongs … are buried with the offender.”

“As several circuits have recognized, ‘the criminal justice system exists primarily to punish and cannot effectively punish one who has died,’" Edmunds wrote, citing case law.

Zajac, 71, who made $400,000 a year working for the pension funds, died in July of natural causes, just weeks before he was to be sentenced for conspiracy. Following his death, a lawyer representing his estate and wife, Therese Zajac, asked the court to return the $150,000 to Zajac’s estate.  (Continue Reading)

I just don't see how this could happen and I hope the family does the right thing here.