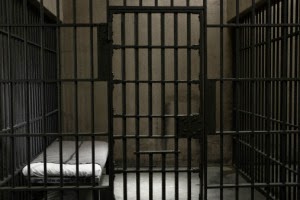 Washington, D.C.— U.S. Senators Susan Collins (R-ME) and Claire McCaskill (D-MO), the Chairman and Ranking Member of the Senate Special Committee on Aging, were joined by seven other Committee members in urging Secretary of State John Kerry to work with foreign governments to reexamine cases involving at least 30 American seniors, including J. Bryon Martin, a retired pastor from Maine, who have been imprisoned as a result of a drug smuggling scam unveiled by the Committee and U.S. Immigrations and Customs Enforcement (ICE) last month.

According to federal law enforcement officials, who spoke about this scam for the first time publicly at the Aging Committee’s Feb. 10th hearing, at least 145 victims, the majority of whom are seniors, have been arrested by foreign governments for unknowingly carrying illegal narcotics after being deceived by scammers. The criminals cover the cost of international travel for their victim and create a complicated itinerary that requires the senior to travel to at least one other country and pick up a package or suitcase en route. Unbeknownst to the senior, these packages have drugs carefully hidden inside.

“We recognize that Americans traveling outside of the United States must respect and follow the laws of other countries, just as we expect citizens of other countries to obey our laws while on U.S. soil.
But ICE’s investigation has revealed that these senior Americans are likely victims of international criminal enterprises who are being further victimized by their imprisonment,” the Senators wrote in the letter, which was also signed by Sens. Richard Blumenthal (D-CT), Tom Cotton (R-AR), Jeff Flake (R-AZ), Kirsten Gillibrand (D-NY), Tim Kaine (D-VA), David Perdue (R-GA), and Thom Tillis (R-NC).

Andy Martin, the son of retired Maine pastor J. Byron Martin, testified at the hearing about how his father was deceived by this scam. Mr. Martin met a scammer in an online chatroom and engaged in a 5-year romance scheme in which the scammer feigned love for Mr. Martin in exchange for monthly financial assistance. As Mr. Martin attempted to terminate the relationship, the scammer reminded Mr. Martin of his previous promise to travel to South America and conduct a real estate deal on her behalf. She asked him to bring her the real estate documents, and he agreed to do so. While on a layover in Spain, authorities discovered that the packages contained nearly 2 kilograms of cocaine and arrested Mr. Martin. Although Mr. Martin believed the packages simply contained documents and was unaware that they contained an illegal substance, he was sentenced to six years and one day in prison for drug smuggling.

“[W]e ask that you or the American Ambassador to Spain raise Mr. Martin’s case directly with the Spanish government, and that similar steps be taken on behalf of the other American victims with (Continue Reading)

This is the first I've heard of this. Thanks for posting NASGA!