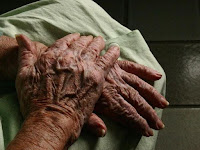 Again, it’s possible that the mere allegation of incompetence may be enough for a court to appoint a guardian without the elderly person even knowing about it. Of course, there are instances when an elderly person really does need a guardian appointed, but the danger arises when then don’t, but a guardian is appointed anyway.

Who can petition the court to have a guardian appointed can include the elderly person himself or herself, the spouse or domestic partner of the elderly person, a relative, a friend, or even a state or government agency. The potential for abuse grows exponentially when the distance, both physical and emotional, increases.

As a practical matter, an elderly person becomes as disempowered over their own life as a minor child would be.

Here’s what the National Association to Stop Guardian Abuse says: “Over the years, guardianship law has been misapplied, misused, and sometimes just plain manipulated, until it has become a threat to the health and wealth to our elderly and disabled citizens. [The elderly] in these circumstances, are victimized under the deception of protection. Strangers are often given total and absolute control of life, liberty, and property of their wards, including being left defenseless and subject to neglect, abuse and or exploitation by the very people chosen to protect them; they become invisible and voiceless.”

Here’s what the court said in a 1995 Iowa case, N.W.2nd 567, 573-74: “[The ward] may be deprived of control over his residence, his associations, his property, his diet, and his ability to go where he wishes. With the misconception that guardianship is always a good thing, proposed wards agree to it not understanding that their rights will be restricted.”

Given the potential loss of liberty and freedom which the elderly have enjoyed all their lives, it just makes good sense to consult an attorney about how best to protect yourself from ending up being the ward of a court appointed guardian. We hear horror stories almost every day about child abuse, but precious little is heard about elderly abuse – particularly in light of the fact that a court appointed guardian is supposed to be acting in the best interests of the elderly person.

The risks of elderly abuse in small town America are small, but it just makes good sense to consult an attorney while you still have all your wits about you to avoid ending up with nothing.